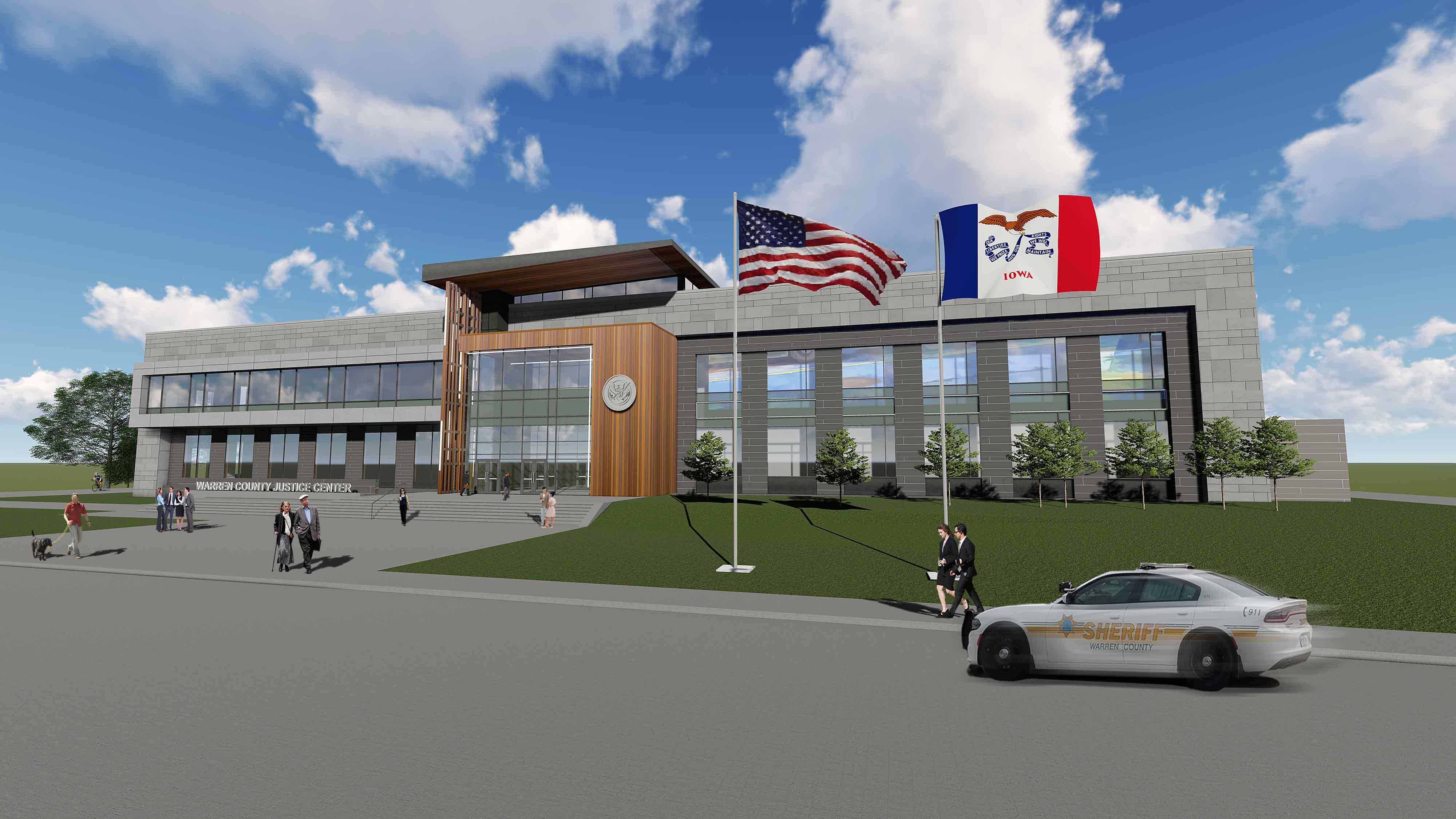 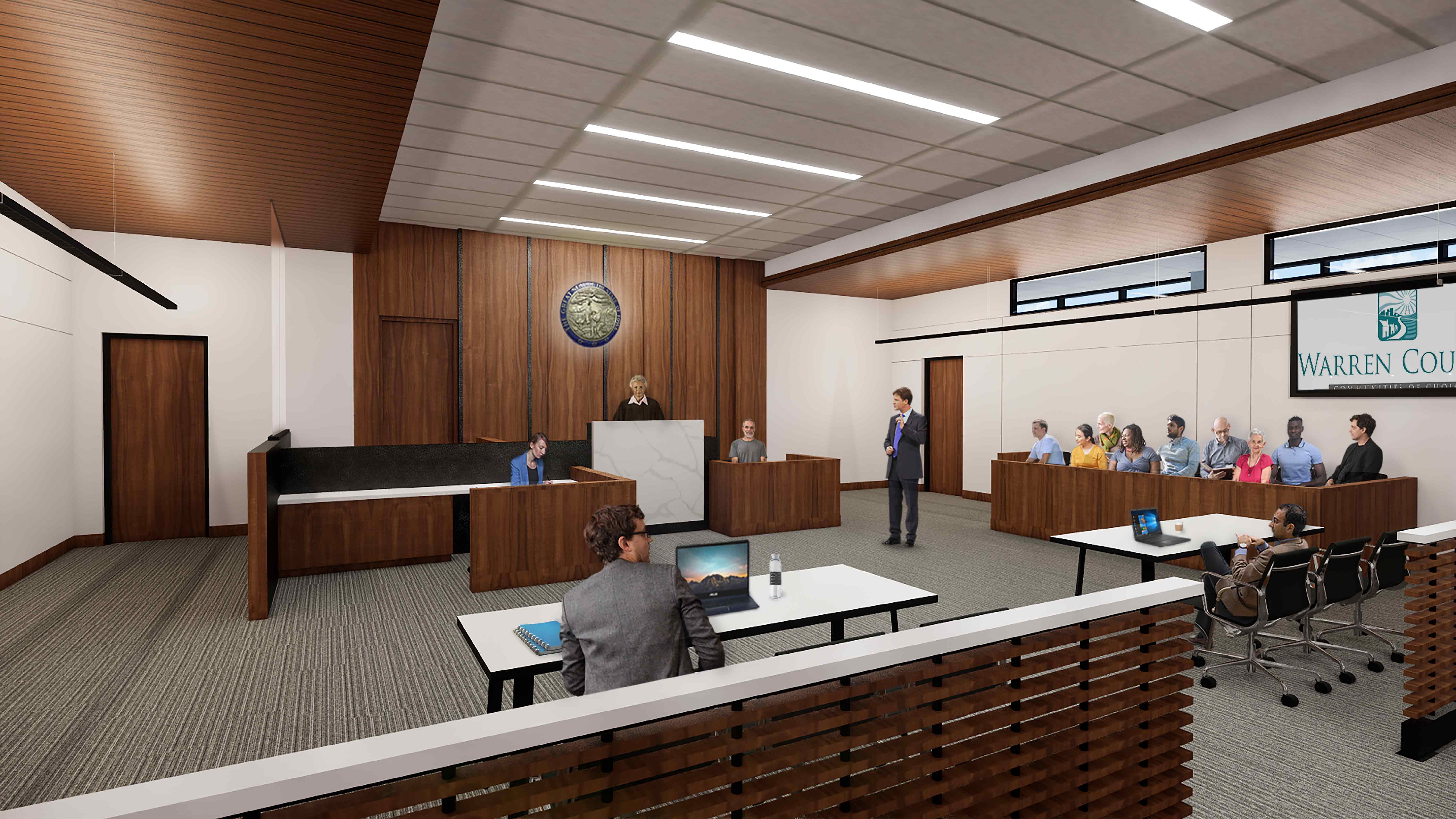 Warren County Justice Center | Indianola, Iowa
Courtroom Rendering
Warren County’s courts, jail, and E911 communications were all functioning entities within the previously existing facility which was built in 1939, and demolished in 2019. The inherent challenge was conducting operations in a facility that dictated how they operated their departments. The building needed major repair, was operationally inefficient, lacked critical security measures, and had insufficient space.
The determination to have an 80,000 occupied square feet facility, which includes 4 courtrooms, county attorney’s office, sheriff’s office, and an 84-bed jail, was thoroughly evaluated. Expansion capabilities for two additional courtrooms and up to 140-bed capacity jail was incorporated. A collaborative process was undertaken to understand the needs of the County, to arrive at a more cost effective solution, resulting in operational savings, improved safety, and security.
Shive-Hattery worked with the facility committee, community stakeholders, court administrators, and county and sheriff’s personnel to collect data regarding courts caseloads, inmate population, and volume of E911 calls, as well as data about the county’s policies and operations. This data was analyzed to understand current and future needs of the County and create a ‘right-sized’ justice facility.
Programming and diagramming exercises were developed for a determination regarding site placement. After completing the site assessment, the facility was placed on the city town square. Furthermore, to help the county understand the financial impact of these decisions, a thorough capital life-cycle cost analysis was developed, which helped the county determine both the capital and operational cost parameters.
A comprehensive document was developed with research, future needs projections, massing and adjacency diagrams, and building renderings. Meetings were held with community leaders so they could get a better understanding of the potential of the project, and how the project would affect them moving forward. Those meetings helped inform many of the key aesthetic components of the exterior of the building, as it was Shive- Hattery’s intent to deliver a project that fit the needs of the community, and one the community would be proud of. 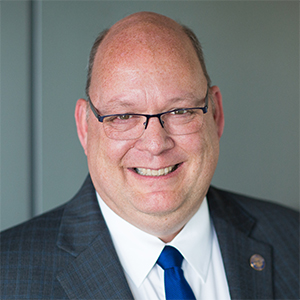