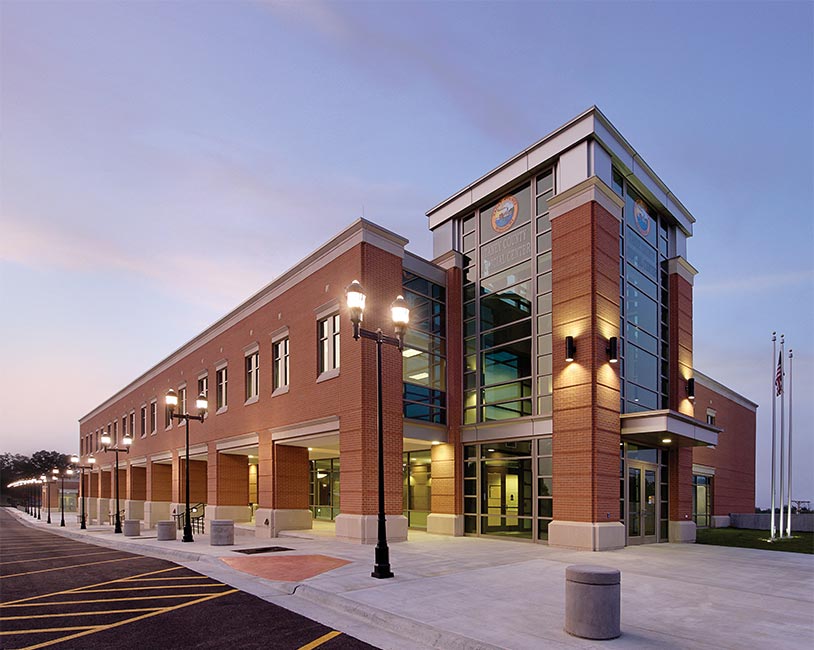 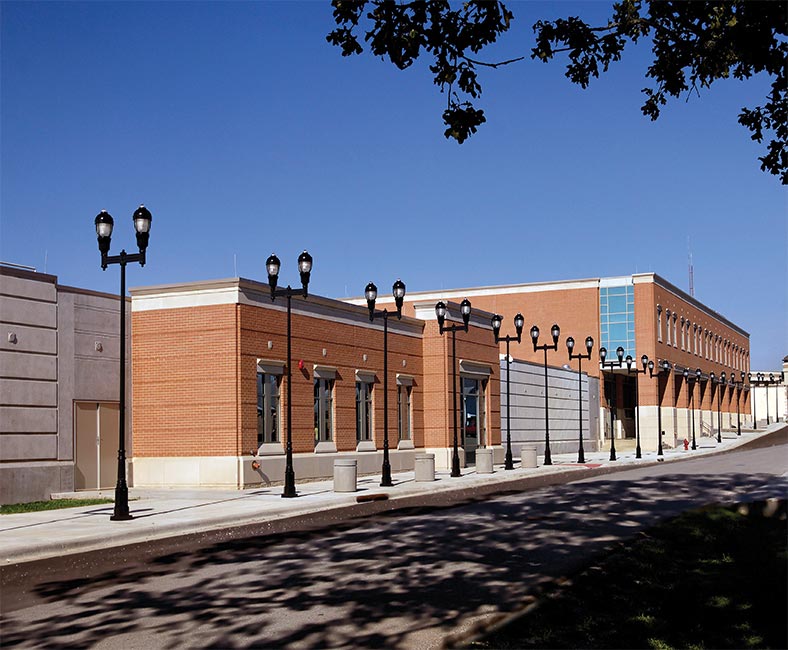 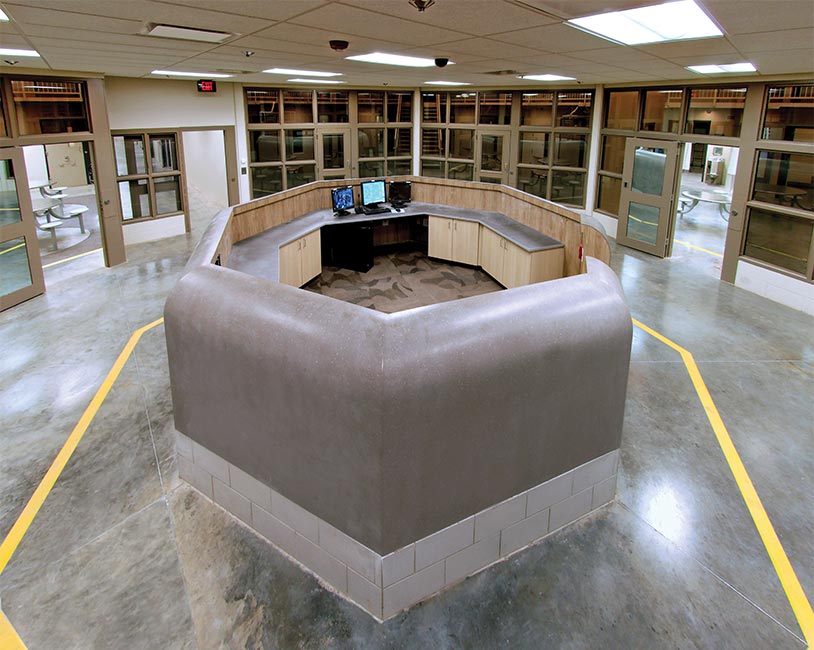 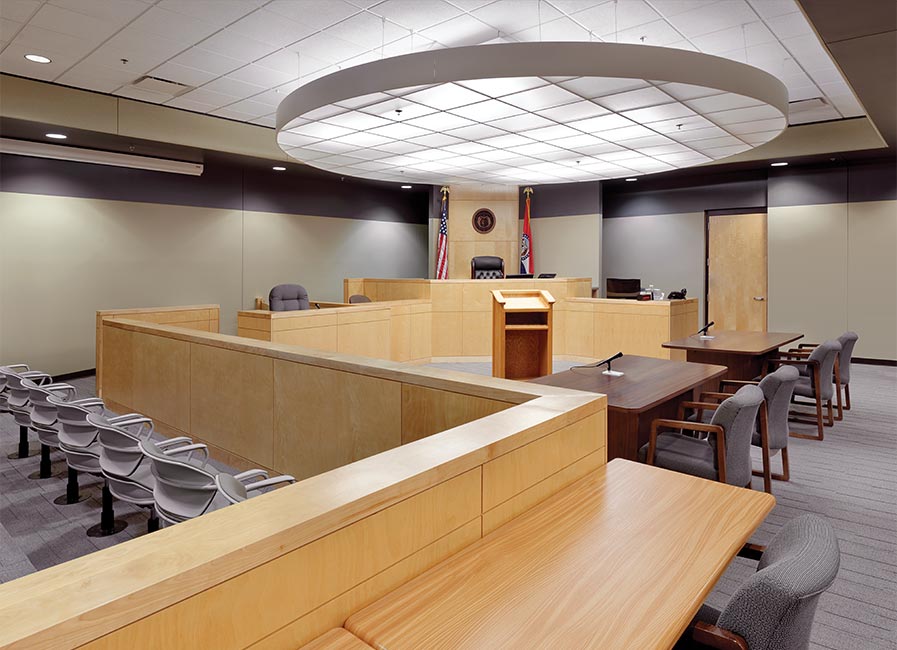 Taney County, home to the Ozarks entertainment capitol in Branson, Missouri, was experiencing unprecedented growth, shifting from a Class III to Class I county almost overnight. Forsyth – the county seat – had little identity compared to Branson, and hoped to address this issue as it overhauled and greatly expanded its entire justice system. Forsyth needed to be brought into the 21st century while still reflecting the rich, traditional roots of the region.

Working closely with the owner and county’s construction manager, one of Shive-Hattery’s senior justice architects (while working for another firm) helped evaluate sites, investigate cell construction options and develop a design that would be embraced by Taney County citizens.

Various line-of-site and accessibility models were studied to find a design that met everyone’s needs. The design team worked closely with the judges to create a courtroom layout with the features they required, including a corner judge’s bench that provides optimum viewing for parties involved in court proceedings.

Inmates are now brought to court appearances through a secure corridor that connects to the jail, and then to a secure elevator that leads to a secure holding area between two courtrooms. Inmates never leave the secure perimeter and do not cross judge, staff or public circulation routes. The design of the facility’s detention area incorporates a unique hybrid of direct and indirect supervision, which encourages face-to-face communication between the officers and inmates outside their housing units to reduce tension and the opportunity for misunderstandings.

The exterior of the Taney County Justice Center puts a contemporary spin on the traditional history of the Ozarks. The use of brick, stone and precast give the building a strong civic presence and inviting feel that complements nearby buildings. Traditional street “lanterns” line the street and follow the justice center’s north-facing porte-cochère to the landscaped parking in front. This area will be used for various community festivals and events in Taney County, including farmers markets and arts and crafts fairs.

The Taney County Justice Center provides Forsyth with a strong community identity separate from nearby Branson, and serves as a catalyst for community gathering and development. Now fully implemented, the expanded government services campus provides better access to courts, county administration, and the law enforcement center services. Williamson County was able plan for an operating budget reduction of $750,000, increase the potential of generating $350,400 of revenue each year with the additional bed capacity, and create a positive economic impact by supporting 575 additional jobs in the area during construction. Jail staffing ratios were improved to a 5 inmate per employee from a previous ratio of 2.23 to 1.