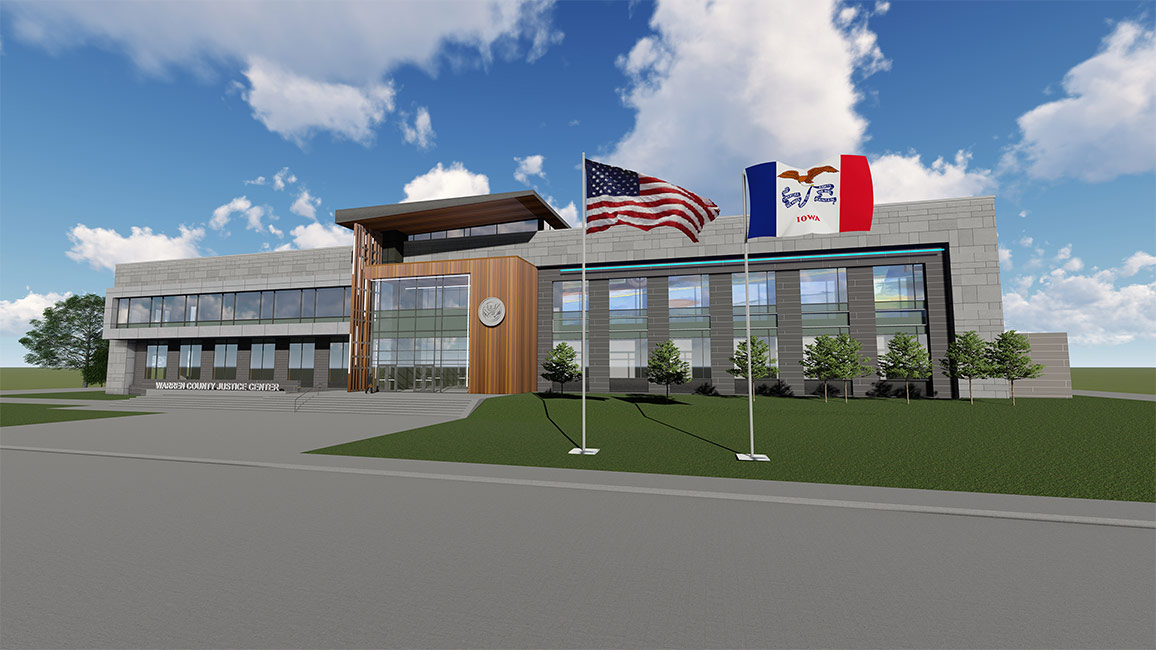 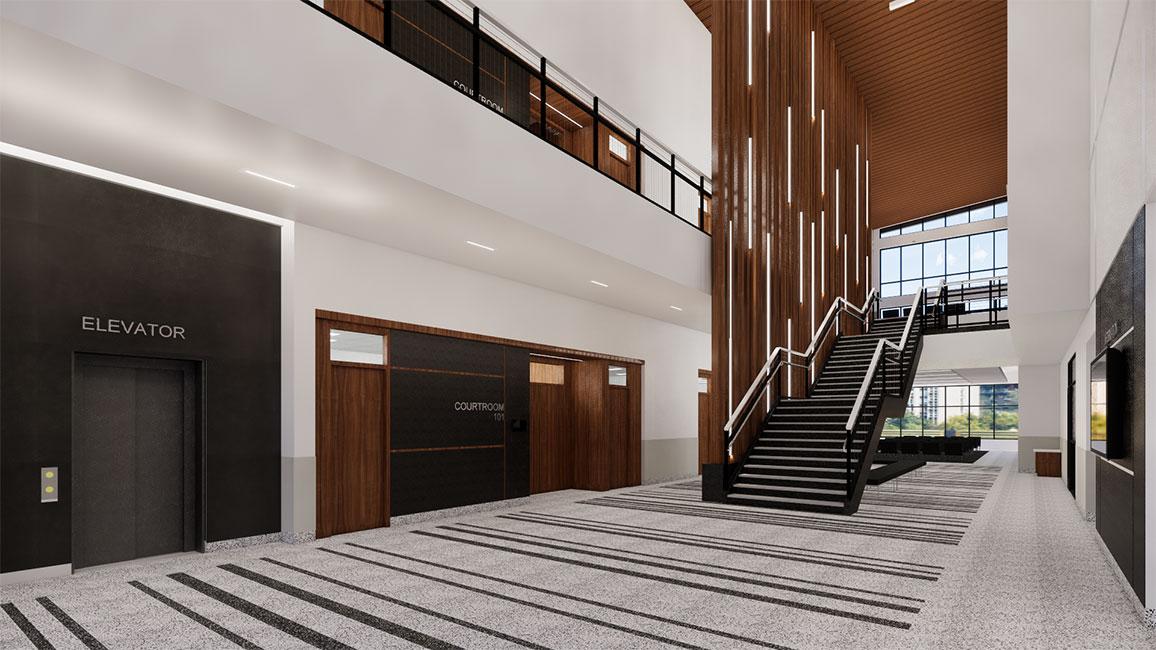 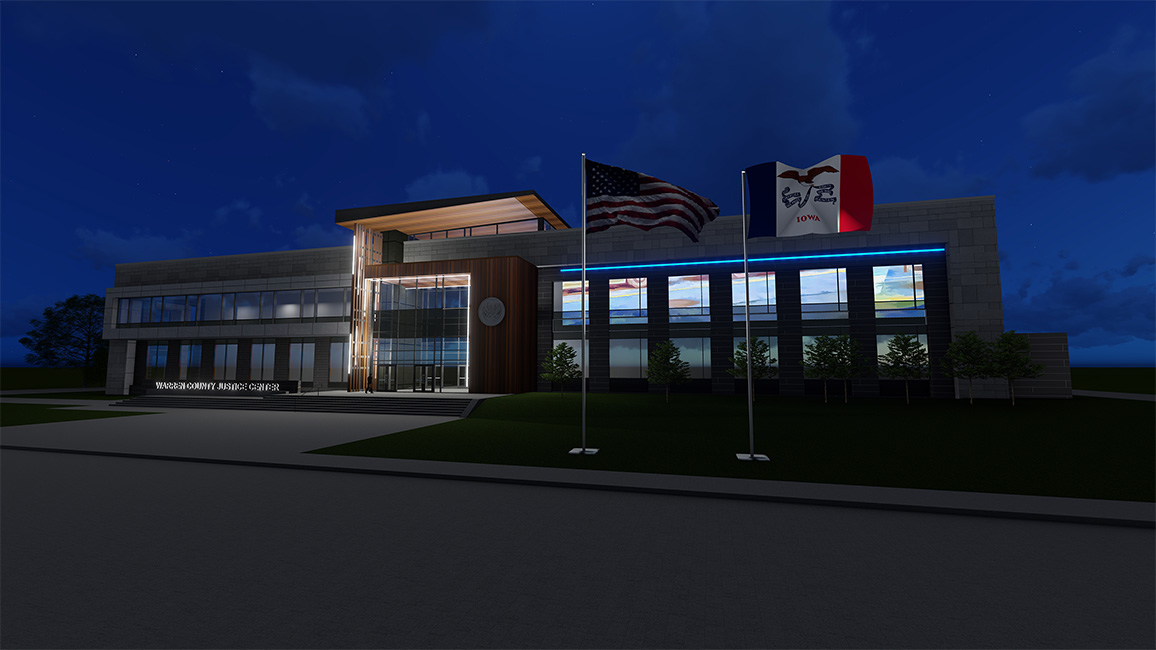 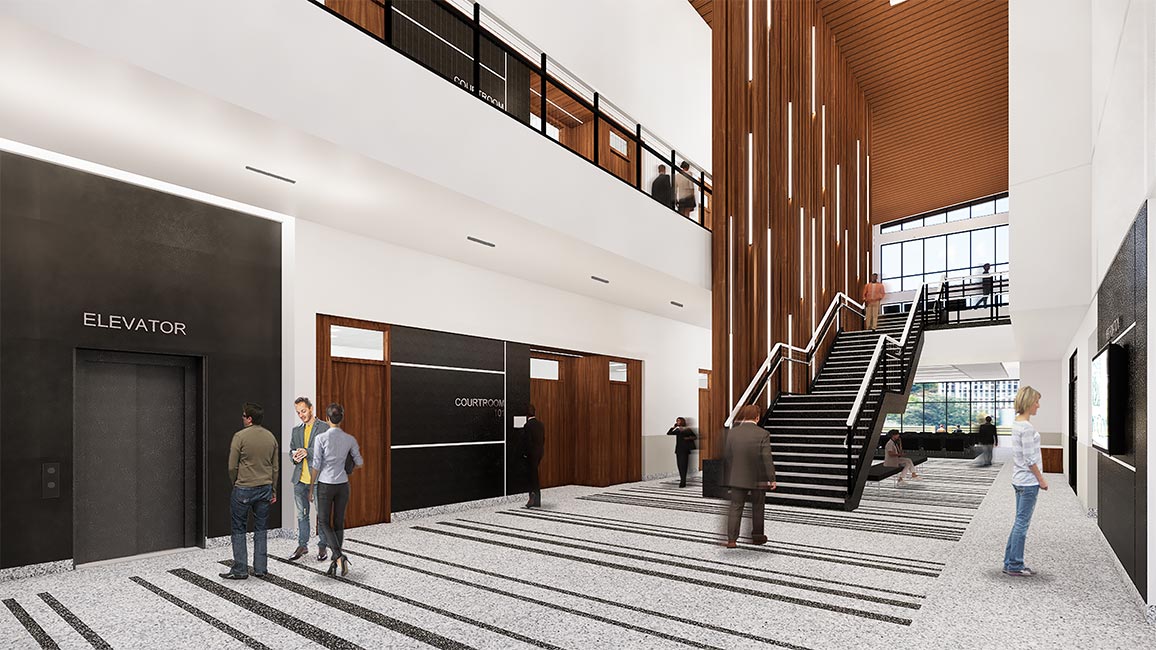 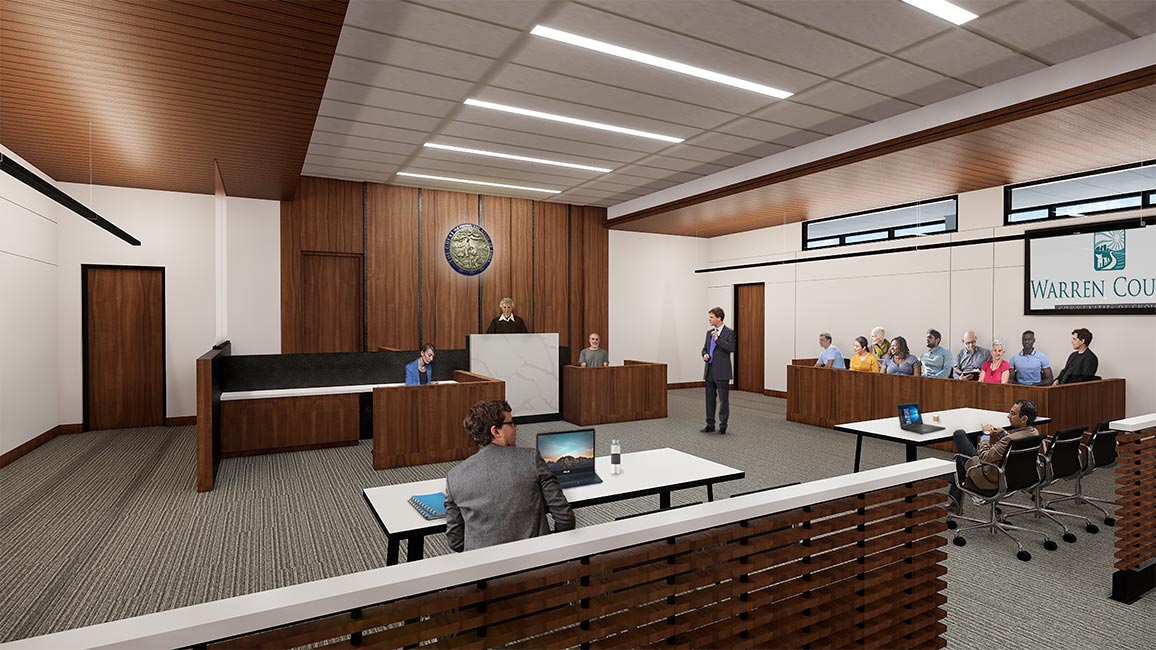 Built in 1939, the Warren County Courthouse (Iowa) is located on the historic town square in Indianola, Iowa. This 80- year-old facility was well beyond its usable lifespan and housed the County jail, district courts and 911 communications. The aging structure was undermaintained and in a state of disrepair, with failing building systems. It was operationally inefficient, had insufficient space and needed critical upgrades to modernize security measures. These deficiencies proved challenging for all departments who struggled to work in environments that dictated and restricted how they operated. Starting in June 2016, services were gradually relocated or were shut down due to health concerns and/or code violations. The building was ultimately condemned in late 2018. The County also faced the immense challenge of increasing population growth and the fiscal struggles associated with the State-mandated closure of its jail facility.

To address Warren County’s growing population, increasing need for services and budgetary constraints, a ‘right-sized’ justice facility was needed that would address current challenges while providing the ability to accommodate future expansion. An analysis of programming, site assessment and life-cycle costs was conducted to determine the appropriate path forward: continue maintaining the existing facility or building new on a greenfield site.

Shive-Hattery initiated a collaborative process to understand the County’s needs and evaluate their options. Working with the facility committee, community staff and county leaders, data was collected on inmate population, 911-call volume, court caseloads and County policy/operations. The results of this systematic approach indicated a clear vision for Warren County: a new building would be needed.

When finding the right greenfield site proved to be challenging, the solution revealed itself: keep the current location. The existing structure would be demolished, and the new facility constructed in its place.

Once site selection was complete, regular meetings were held to solicit input from the facility committee, County staff, community leaders and a select group of local business owners to ensure the design solution met expectations, functioned efficiently and would be aesthetically pleasing, given the prominence of the site.

Shive-Hattery was then able to leverage the data and feedback gathered to produce materials for a public awareness campaign which helped lead to a successful bond referendum in 2018.

Within a $29.9 million budget, the new 80,000-square-foot Warren County Justice Center is the result of a finely-tuned holistic design solution based on the following best practices:

Demolition of the existing structure was completed in July 2019. A groundbreaking is scheduled for early August 2019 with a projected completion in May 2021.

The Warren County Justice Center will be an aesthetically engaging civic presence the community can be proud of for generations to come.