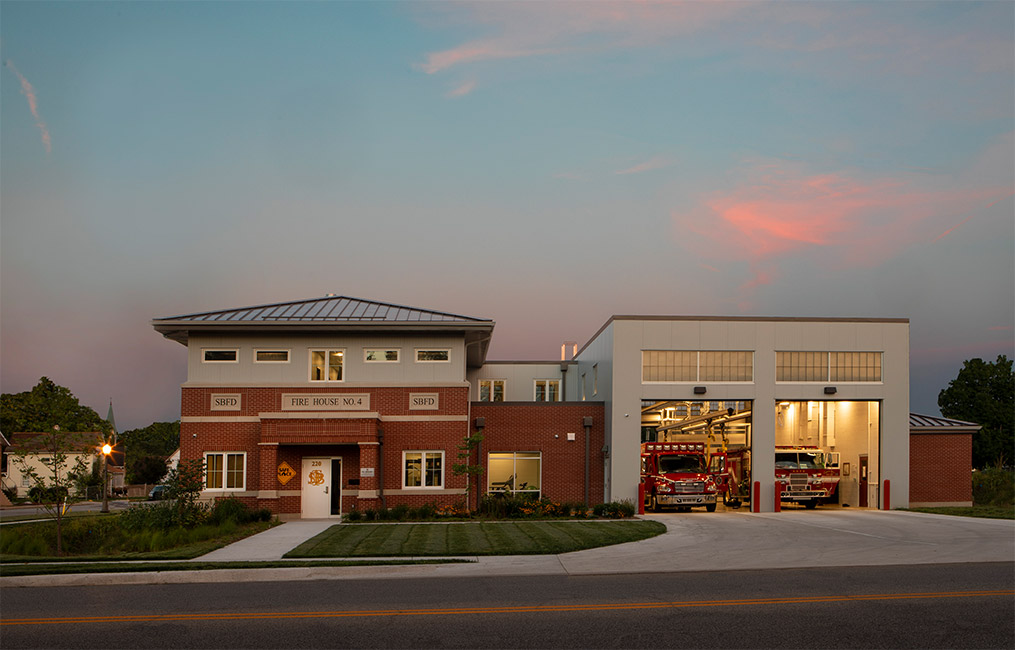 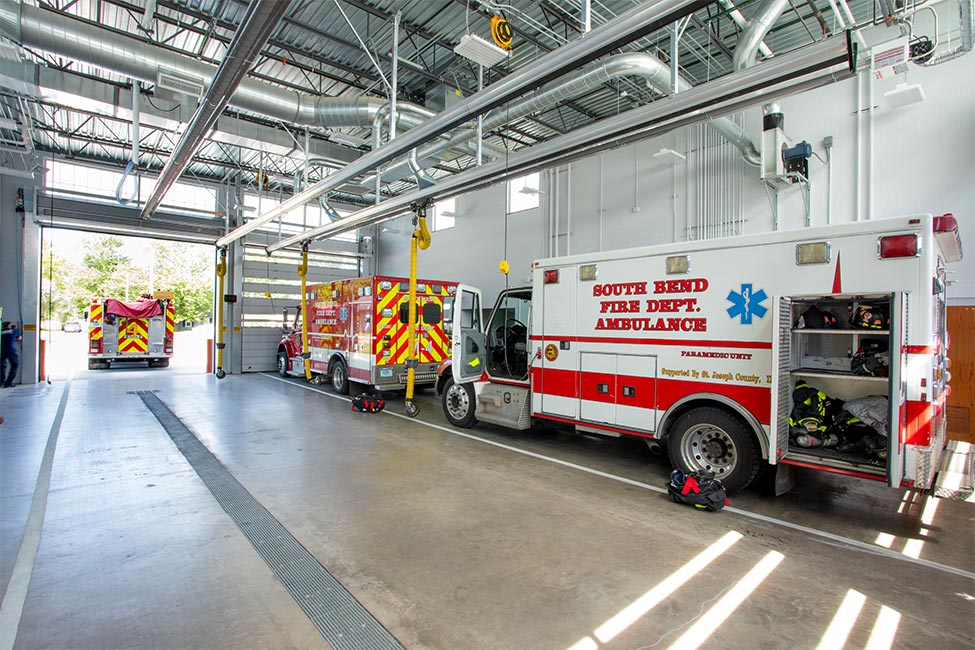 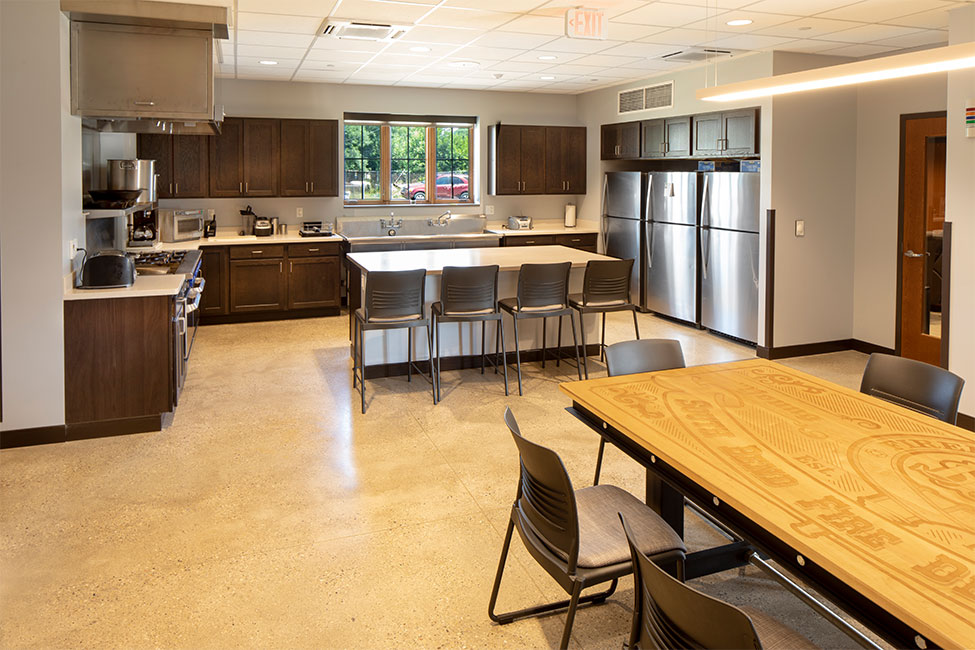 With the current Station 4 in a state of disrepair and unsafe as a working firehouse, a state of the art facility was developed to house crews for an engine, ambulance and future chase vehicle.

Station 4 achieved a LEED Gold Certification becoming the first building constructed by the City of South Bend to attain LEED Certification. Taking into consideration the value of our natural resources and the station's location, a balance was struck between internal/private use of the facility and site development that is inviting to the extent a walking track and rain garden were designed into the project. The design of the station is meant to compliment the historic nature of its immediate surroundings such as the previous Bendix Corporation. With character and safety in mind, a combination of traditional masonry and insulated metal panels with a modern edge were incorporated into the project.

Given the nature of the fire service, great care was taken to ensure the safety of the firefighters by creating a distinct separation between living and working space. The station includes eight rooms with three bunks and individual lockers within. Each of the rooms is separated by a Jack and Jill style bathroom. 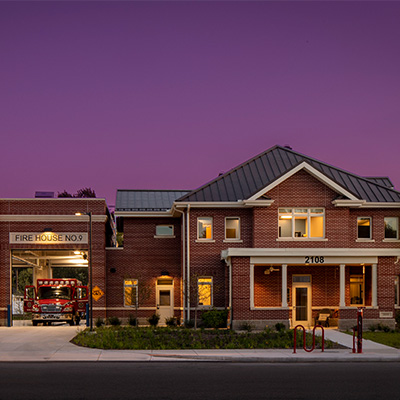