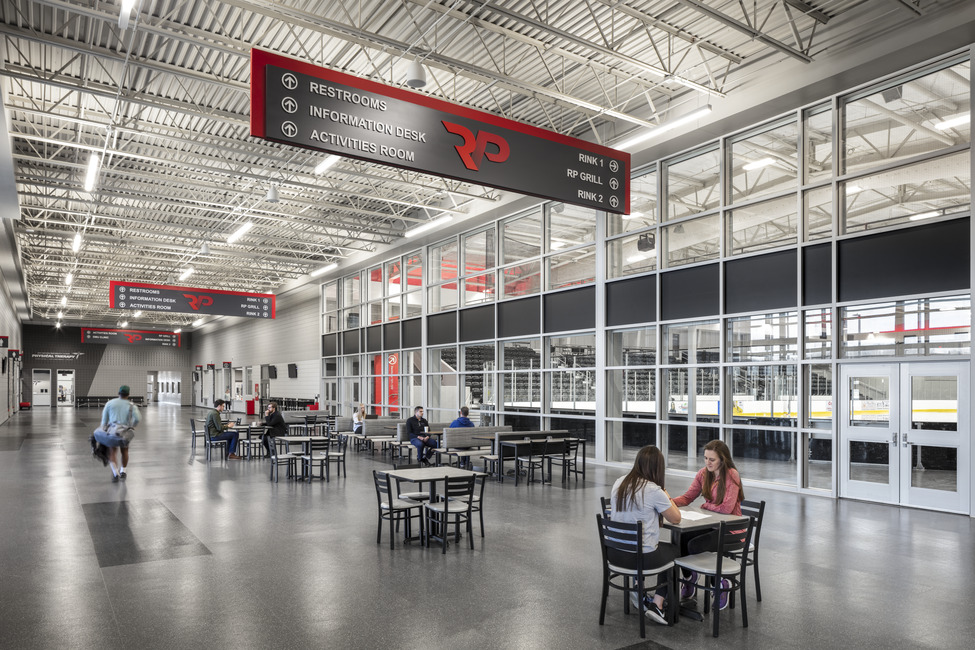 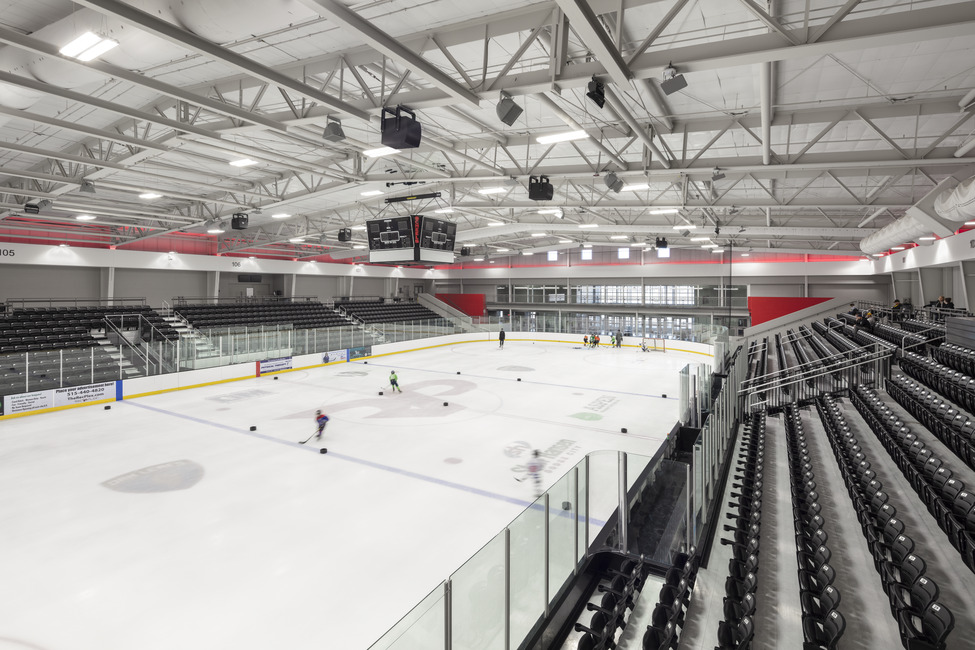 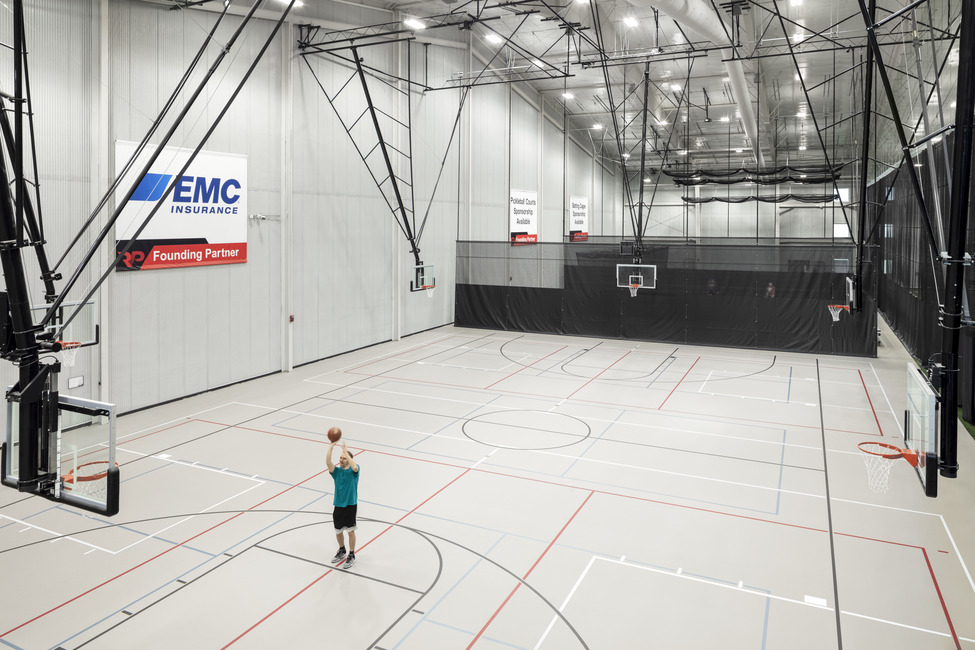 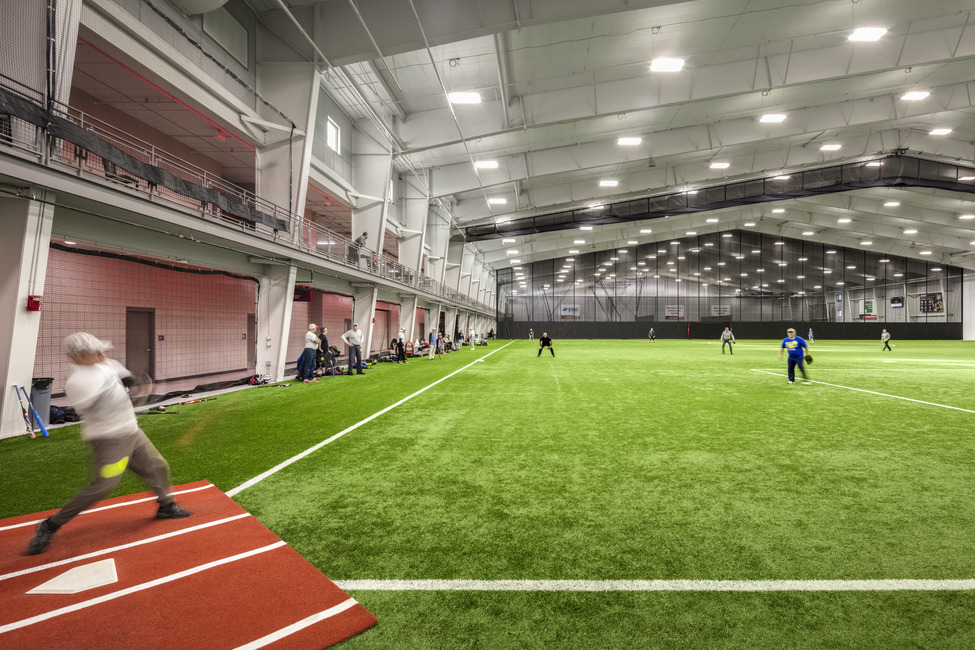 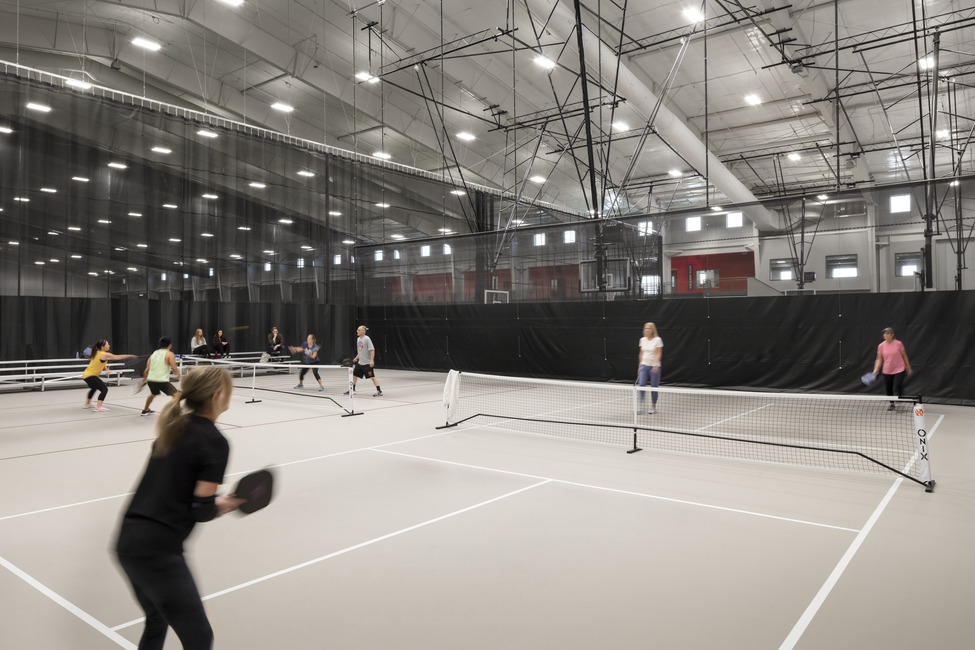 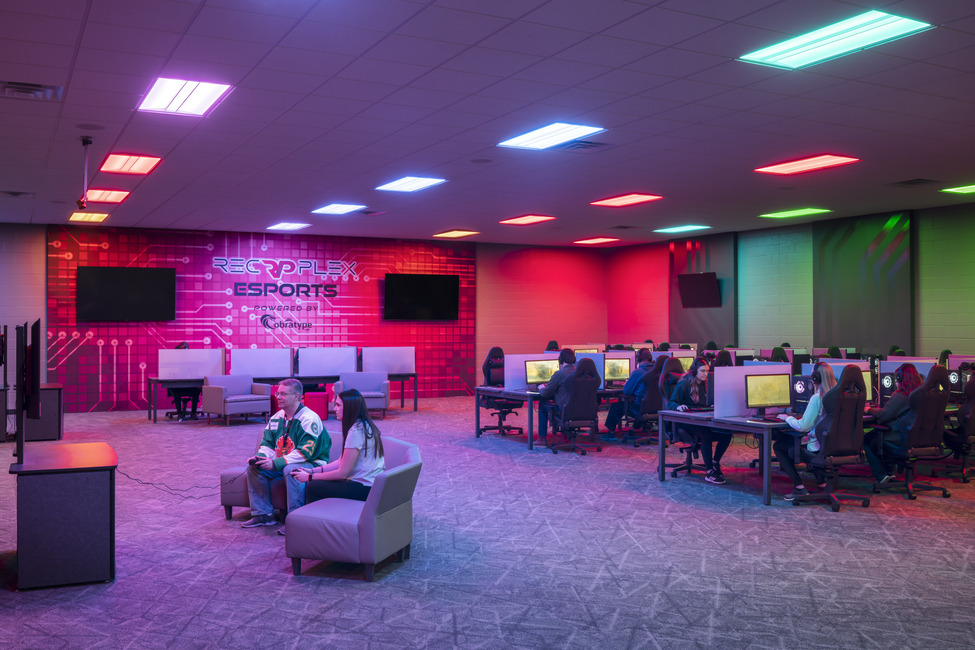 This facility has over 300,000 conditioned square feet with two sheets of ice sized per NHL requirements; four 94-foot basketball courts which feature HS markings that can be converted into eight volleyball courts; two dedicated pickleball courts with three more available when utilizing one of the basketball courts; a regulation indoor turf field appropriate for soccer, softball, lacrosse, or rugby, which can be divided into thirds for smaller groups. The facility also has locker rooms and support spaces for the play surfaces.

In addition, there is an E-sports venue with the capacity for over 70 gaming systems, conference spaces, and indoor batting cages. Outside of the building, the 86-acre site features parking and three outdoor artificial turf fields for soccer, lacrosse, rugby, or similar sports with room to add two additional outdoor fields and a third sheet of ice in the future.

For this unique project, the City of West Des Moines contracted with an architect from Davenport, Iowa with a strong resume of similar, multi-sport uses. The city considered hiring a Construction Manager to assist their facilities and engineering departments, but perceived extensive overlap between the architect’s agreement and traditional construction management activities. The City’s Engineering Department, which works with Shive-Hattery’s Civil group regularly, reached out to discuss what an Owner’s Representative agreement might look like.

Shive-Hattery worked closely with the Engineering Department to develop an Owner’s Representative scope similar in structure and level of service common to their utility and roadway projects. The basic, or preconstruction services, scope included participation in meetings with the Owner and the Design Team, review of progress submittals for incorporation of Owner requested functionality or features, and advising the Owner on standard architectural practice issues common to complex projects.

In addition, the team worked with the city to identify and coordinate Owner provided systems like audio/visual and communication technology. While the architect is provided budgetary and schedule information for construction, based on the design documents, Shive-Hattery worked closely with staff at the City Manager’s Office and Parks and Recreation Department to refine an overall project budget which expands on the construction costs to include other related expenses required to occupy and operate the facility.

As part of the Resident, or construction phase, services, the Shive-Hattery staff performed daily site visits. This is an area where the City identified a discrepancy between their experience with site-related projects and what they normally receive on facilities projects. The intent was to review the work on a more regular basis and to notify the design team and city of any issues or irregularities before they were concealed or become significant concerns. This resulted in over 500 daily reports and close to 48,000 photos. Contracting for the work was accomplished through multiple bid packages in an attempt to fast-track construction. Shive-Hattery’s staff maintained graphic documentation of the progress of each bid package for weekly updates to stakeholders.

Once the last major bid package contract was awarded, the city asked Shive-Hattery to assume additional responsibilities during the construction phases of the bid packages. Acting in the role of architect and engineer for the purposes of Construction Administration, Shive-Hattery issued changes to address coordination gaps in documents and incorporate changes in scope requested by the City and Facility Operations staff. Shive-Hattery also facilitated meetings with reviewing authorities to achieve expedited partial occupancy as different portions of the building approached completion.