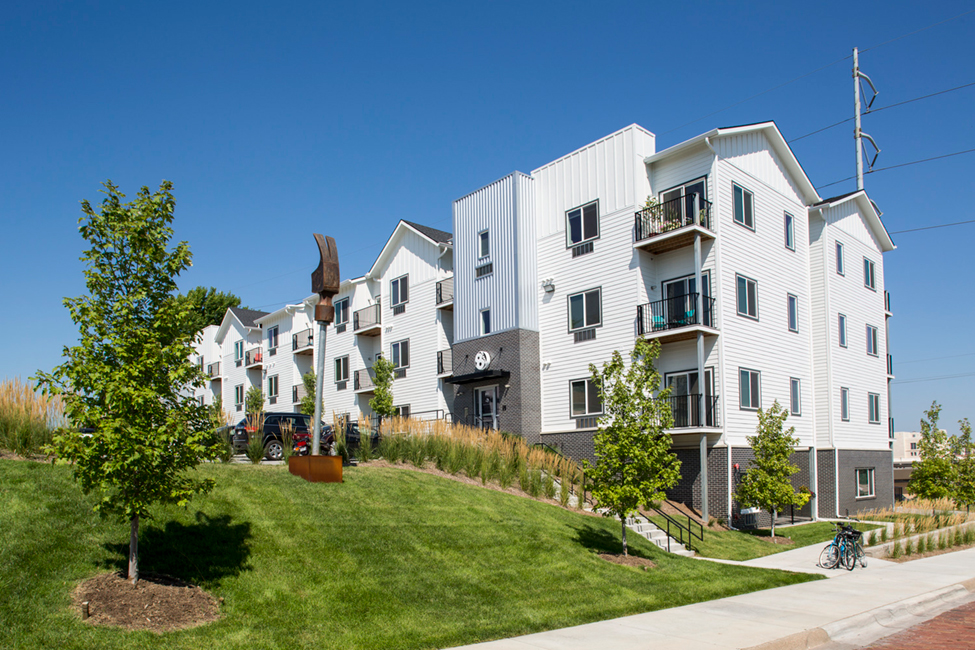 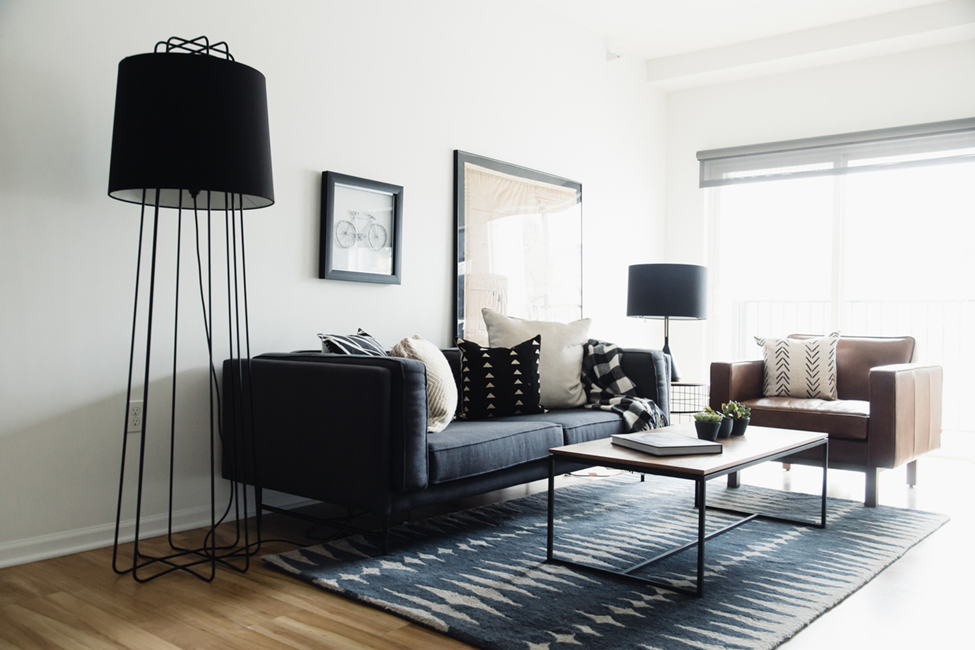 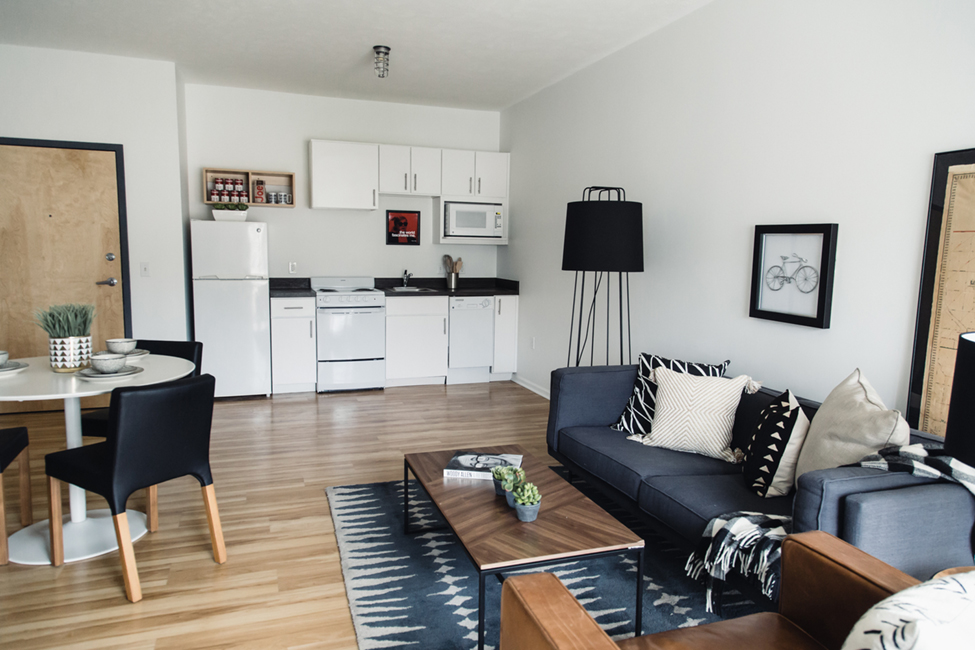 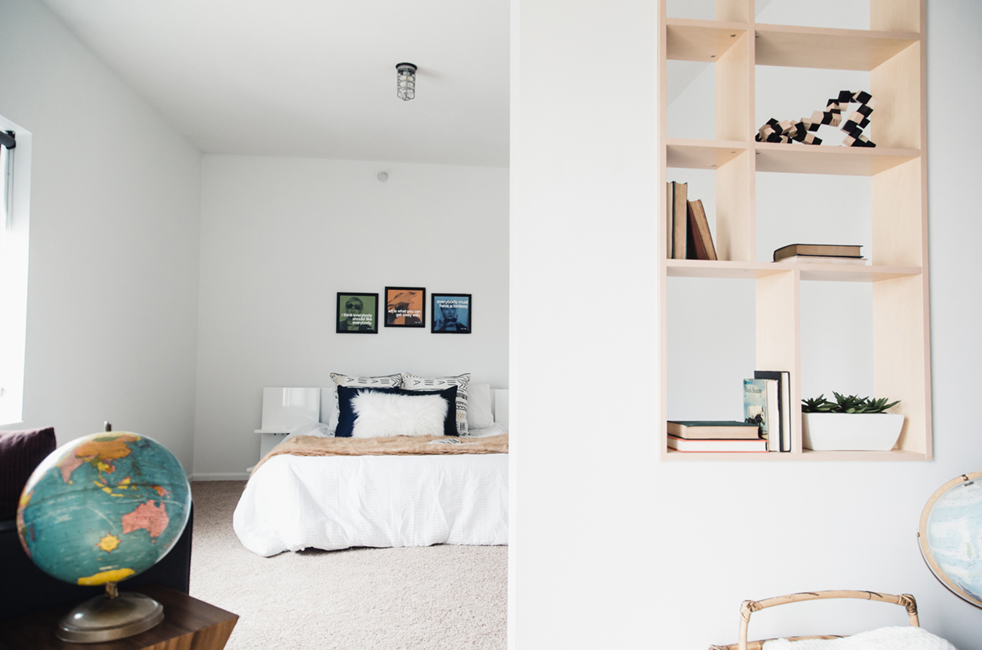 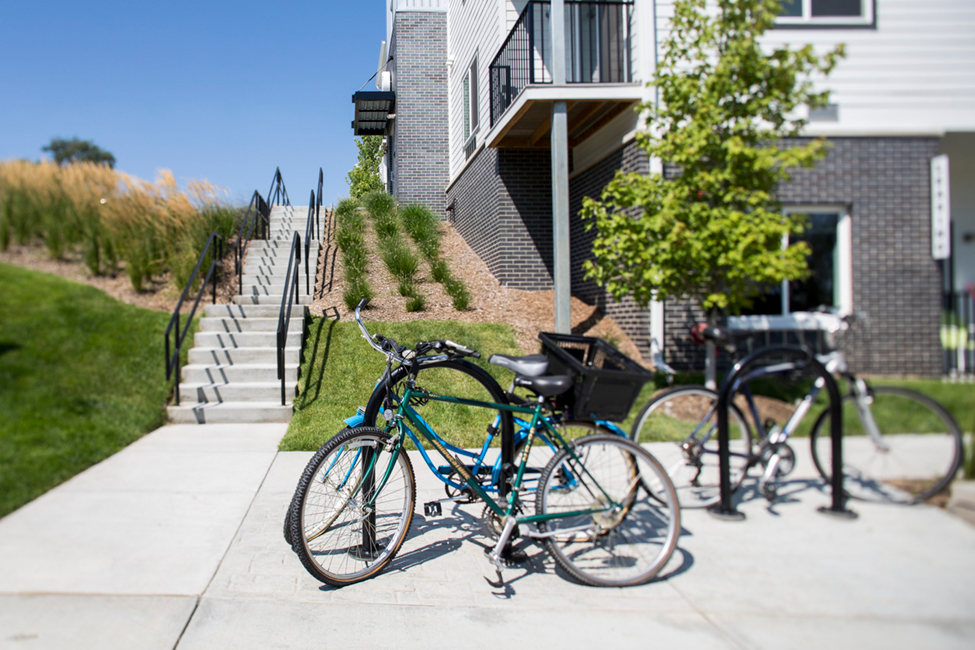 Bluestone Development had previously developed a series of duplexes and fourplexes adjacent to the 8 Street Apartments site called The Towns in the Little Italy District of Omaha, Nebraska. Looking to develop additional multi-family housing that would provide a higher density of units to the site, the developer turned to Shive-Hattery for dynamic and creative solutions which led to a three-story building with 45 total units.

The unit types include mostly studio apartments, but also one and two-bedroom units. The small site was located on a significant slope which led to several walk-up units as well. A consistent aesthetic with The Towns exterior via scale and shape was an important design consideration. White siding and corrugated metal adorn the majority of the exterior while masonry around the base adds a visual anchor to the structure and highlights the building's entry points. The Towns consist of individual townhomes each with its own gable roof, so Shive-Hattery resolved to break up the side of the apartment building visually so that it appeared to be separate towers with separate gable roofs.

Targeting the interior to young professionals in the Omaha metro with an urban and eclectic feel, hallways are adorned with graffiti art and resident’s apartments are identified by repurposed license plates.