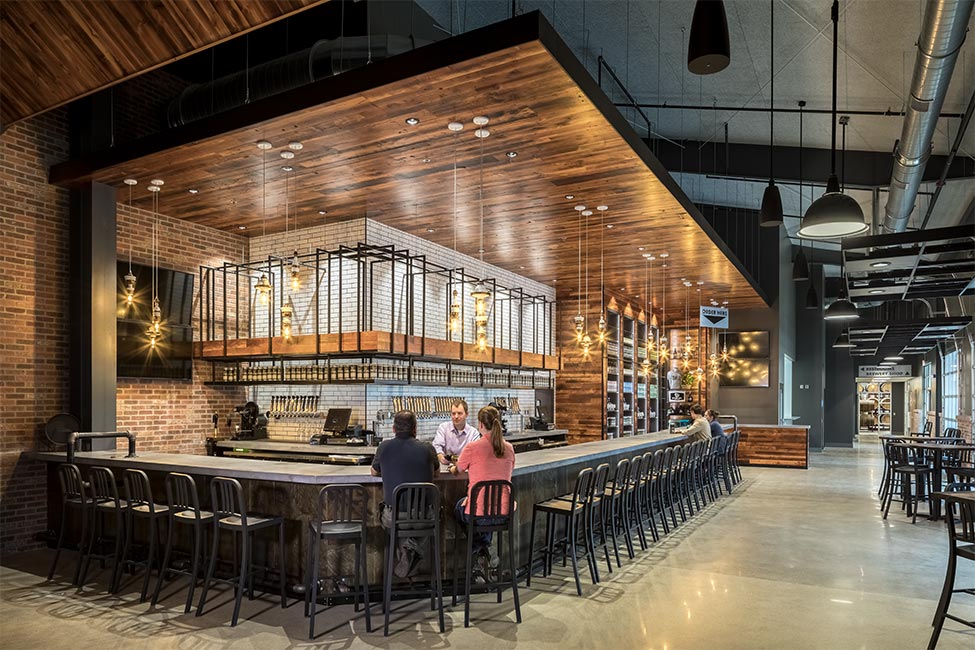 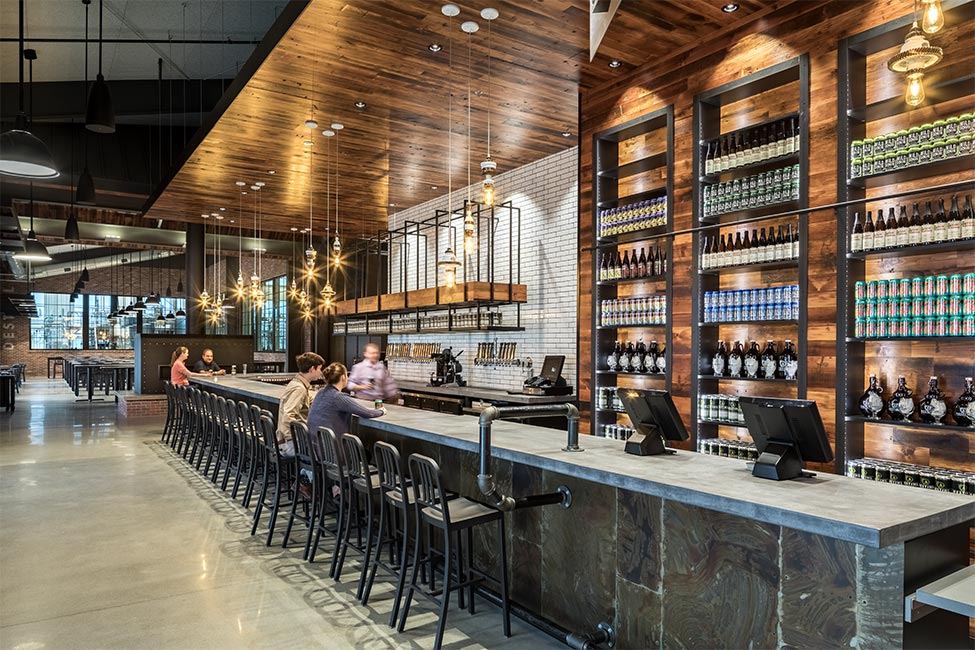 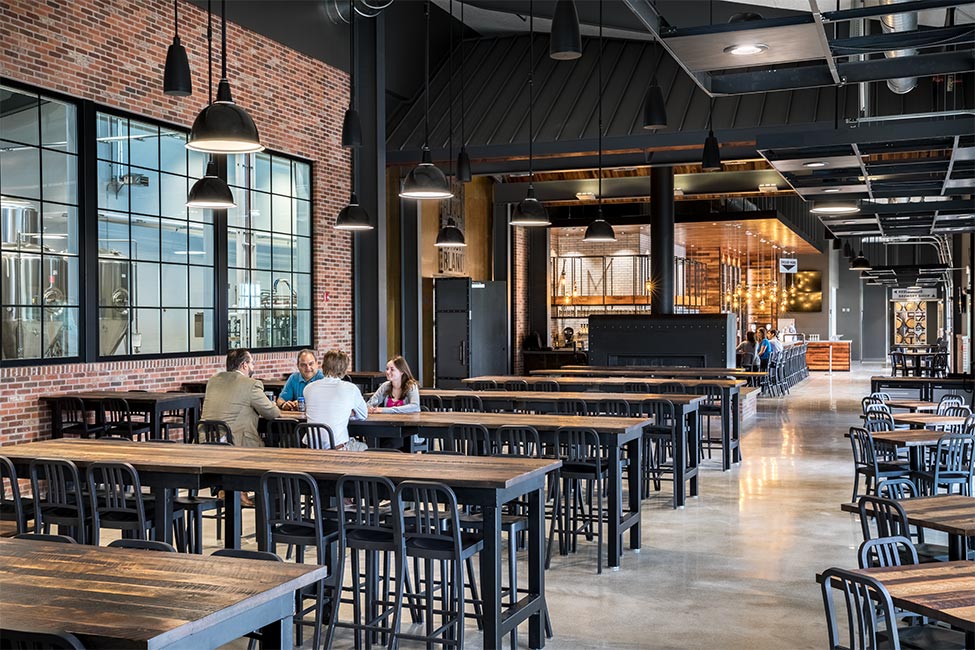 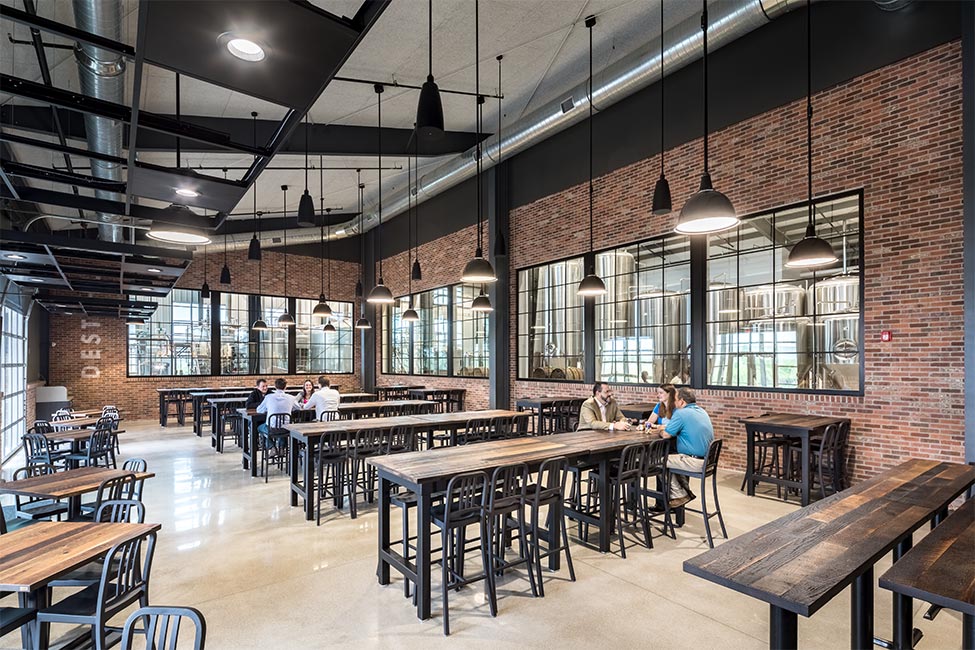 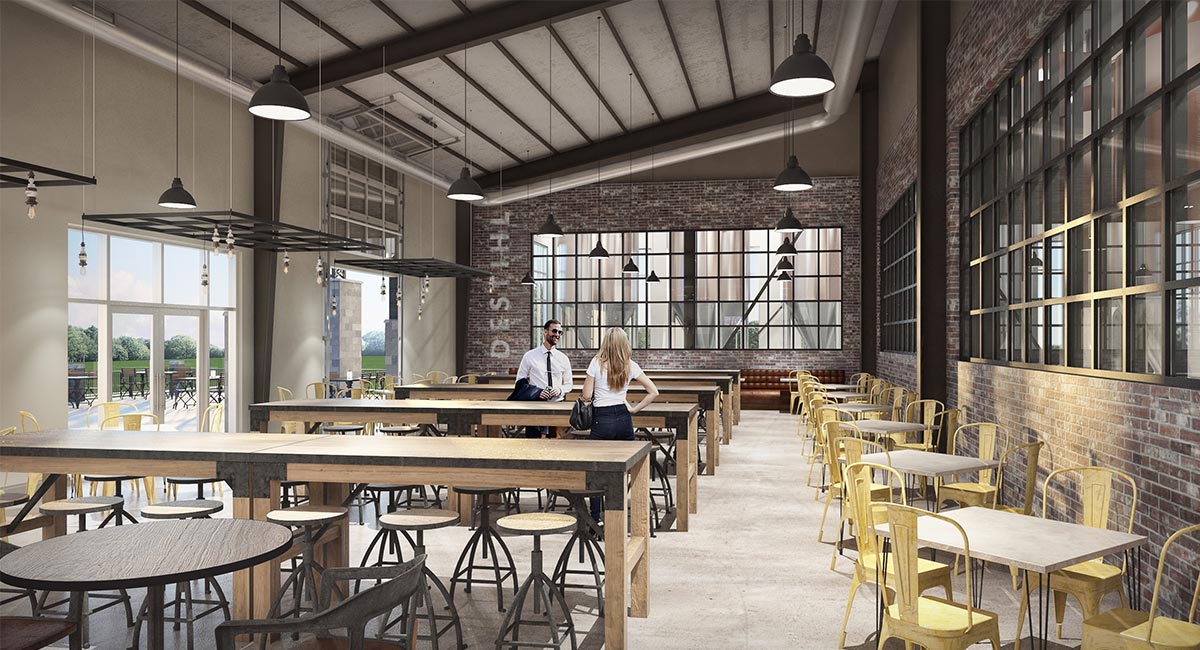 DESTIHL Restaurant & Brew Works, which brewed its first beer in May 2013 after opening brewpubs in Normal and Champaign, has experienced incredible growth. Selling its products in 14 states so far, DESTIHL has a goal of reaching all 50 states across the country with its unique beer portfolio. The existing, 20,000-square-foot production facility, however, couldn’t keep up with this goal. In the last two years alone, the brewery’s production needs have doubled as a result of 100% year-over-year growth.

Due to the surge in popularity of DESTIHL Restaurant & Brew Works’ beer, the brewery also wanted to create a taproom and beer hall, offering tours and hang-out areas for customers to enjoy.

To continue its success, DESTIHL decided to invest in a $14 million production brewery facility. The 47,000-square-foot building will hold bottling and production space (an expanded brewhouse, along with fermentation and cellar areas), a two-story room for beer aging, a packaging floor, a cooler, warehouse and storage space, a full-service kitchen, and corporate offices. This new facility allows DESTIHL Restaurant & Brew Works to brew up to 150,000+ barrels of beer annually.

To give DESTIHL customers an inside look at production, the new facility also features an outdoor beer garden, along with 6,300 square feet of taproom and event space.

By tailoring individual discipline approaches to exactly what was needed and requested by Vissering Construction Company, Shive-Hattery formed a solid partnership that provided the right level of architectural and engineering support for the project.

The new DESTIHL Restaurant & Brew Works facility will help the brewery achieve its goals of expanding to produce up to 150,000 barrels annually and reaching all 50 states with its beer products.

Not only does the new location allow DESTIHL to continue to scale up its beer production, but the space will also bring more jobs to the surrounding area. The brewery currently employs more than 180 people between its two existing brewpubs and current production brewery. With the new production facility open, 70 new jobs were created in the community. Based on DESTIHL’s future growth, there are also plans to double that staffing number within the next few years.