Build Outside the Box – Finding Ways to Innovate in Urban Development 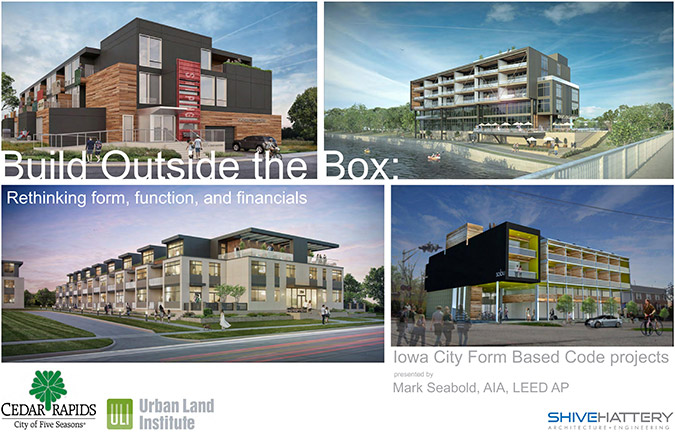 What may seem like obvious community development solutions now were often met with wariness and distrust when first introduced. While it might take a while to get cities and the public to accept new ideas, innovation that applies meaningful principles and changes a community for the better should always be sought.

The City of Cedar Rapids and Urban Land Institute Iowa held a special panel series, “Build Outside the Box: Rethinking form, function, and financials,” September 18 at the Cedar Rapids Public Library. One of the key messages coming out of the presentation was the need to answer the demand for walkable urban living. In response to this trend, cities like Iowa City and Des Moines are creating mixed-use mini-neighborhoods, including multi-unit housing with smaller living spaces, smaller retail shops, and micro-eateries, paired with greenspace. 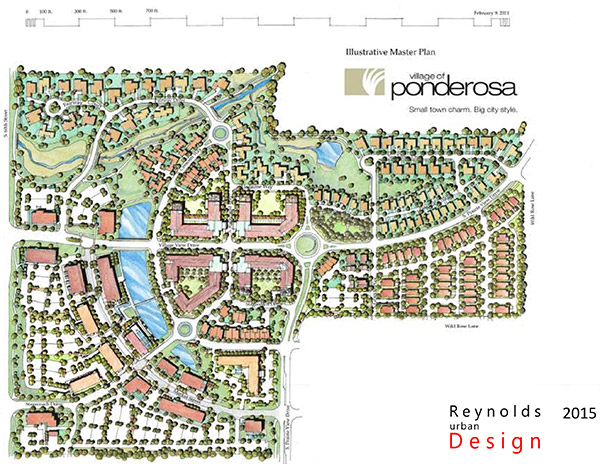 The idea of walkable urban living neighborhoods is aimed at bringing neighbors together, attracting population growth, and revitalizing pockets of cities that either sat unused or have fallen into disuse. Going smaller allows small businesses to operate on easier rents; young people just starting out to afford reasonable housing; and older people who can’t maintain larger homes and yards to be part of a community while maintaining independent living. 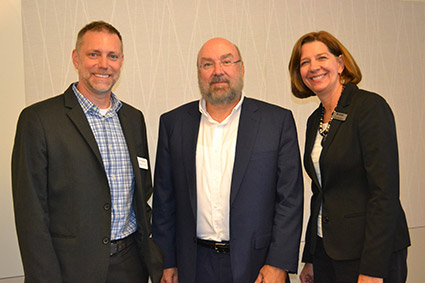 PanelistsThe panelists – Mark Seabold, Architect with Shive-Hattery; Dennis Reynolds of Reynolds Urban Design; and Kris Saddoris, Vice President of Development for Hubbell Realty Co. – had advice for architects, city planners, developers and engineers on how to be innovative and still get your ideas approved: 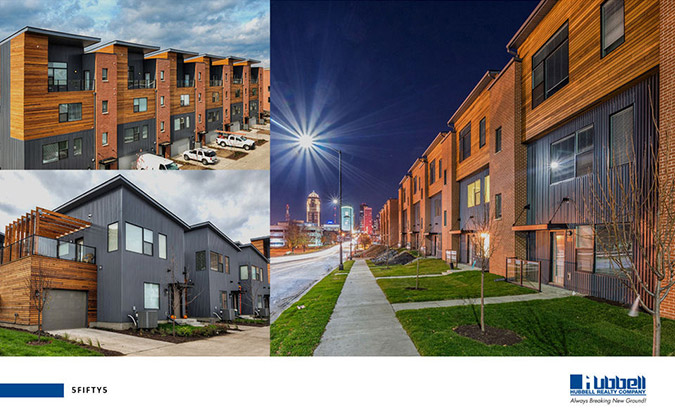 Iowa City wanted to expand its downtown to the south along the Iowa River. Previously, applying to the City to rezone a site took complex engineering drawings and filling out a lengthy application, which required a lot of time and money. In order to spur the higher-density development that the City was looking for in this new neighborhood, a simpler, form-based building code was established.

The area, named the Riverfront Crossings District, has several subdistricts. Each subdistrict, through holding community meetings, agreed on a set of development rules based on what residents wanted the feel of the area to be – rules on building height limits, how buildings should address the street, how far they should be set back from the street, and building uses.

With the new form-based building code, architects and developers spend less upfront time as they merely have to show that the project is going to abide by the subdistrict’s development guidelines. This helps the approval process for rezoning of the site and the public has confidence that these new projects will reflect their vision for their neighborhood.

Promoting new ideas may not be comfortable or easy, but they are important to keeping your community vibrant and modern, and thereby attractive to new residents. 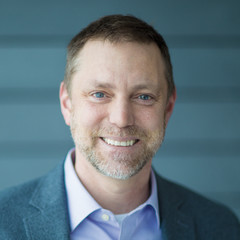 Mark Seabold is a principal architect with Shive-Hattery Architecture-Engineering. Mark has over 20 years experience working with developers and brokers to revision and retenant existing buildings. By identifying opportunities to reenergize worn-down spaces, Mark concentrates on cost effective, sustainable design for his clients to realize their goals.