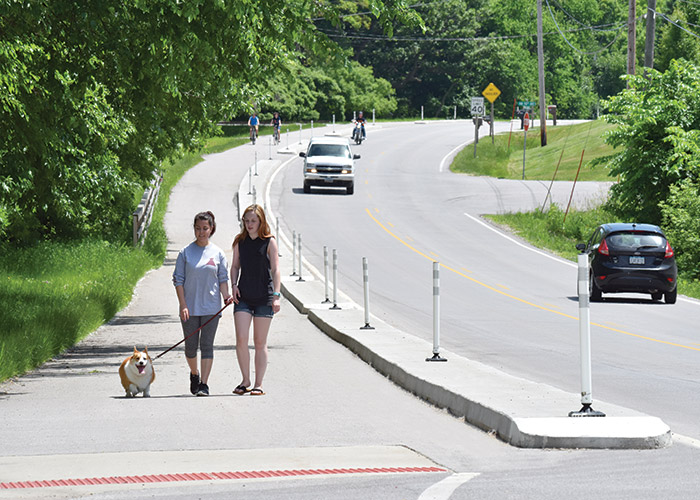 The majority of bicycle riders, roughly 60% according to the Portland, Ore., Bureau of Transportation, are not the “strong and fearless” or “enthused and confident” riders who will take to any road and forge their own path. They are the parents with kids, the new riders, the ones who simply want to go for an evening ride after work. But without safe connections to greenspaces from their homes, most will not feel comfortable enough to ride on the road with traffic.

This is where I feel incorporating protected bike lanes into roadways can play a critical role. A protected bike lane physically separates bicyclists from vehicles and offers peace of mind that will attract the “interested but concerned” riders to the road.

Central Iowa has one of the best regional trail networks in the nation, thanks in large part to abandoned railroad corridors. As these regional trails are connected and we close the gaps, the most difficult connections remain. It may not be feasible to construct these connections unless we start to look to on- street solutions.

While painted markings are a quick short-term solution, on higher volume roads these will not make people feel any safer or attract new users. The best way to leverage your community’s resources is to create an on-street facility that all users will feel comfortable on.

What are protected bike lanes?

Cycle tracks, green lanes, separated bike lanes…there have been many different terms used for bike lanes through the years, and it has become more confusing than it needs to be. So here’s the rundown: These terms are all synonyms for a protected bike lane. Short of an off-street trail, protected bike lanes offer the highest level of protection. This is because they have a vertical barrier to physically separate vehicles from bicycles. Examples are:

If a road has speeds in excess of 25-35 mph or traffic volumes above 5,000 vehicles per day, it could be a good fit for a protected bike lane.

While there is some design guidance out there – for example, the industry standard for bike lanes are 6 feet wide, with a four-foot minimum – each road presents unique challenges, so each design solution will be different and require creativity. Design should focus on what works best for all the users in that specific location.

Some drivers have a negative impression of bicyclists. I often hear, “Cyclists don’t obey traffic laws and are unpredictable,” or that “they dart out and weave in front of cars whenever they please.”

Protected bike lanes can address that stigma by providing a clear and defined area for cyclists to be in, so everyone is where they belong and neither side has to worry about the other.

Protected bike lanes can make streets safer for both drivers and bicyclists by increasing predictability and lowering crash rates.

These benefits were found within one year of the installation of these protected bike lanes:

NW Beaver Drive in Johnston, Iowa, near popular Saylorville Lake, is a curvy and winding road that serves as a primary commuting route for people in the mornings and evenings. The posted speed limit is 35 mph, but with speeders prevalent and no shoulders, it was a very dangerous road for pedestrians and cyclists.

We determined the best solution was to widen the road on the west side and shift all lanes. This could provide enough space on the east side to construct a protected bike lane with a three-foot-wide median curb. Because the intended use was also for walkers, runners and other pedestrians, it was called a protected side path. I am continuously amazed by how much it is used. Every time I drive past, I see families out on their bikes or walking their dogs. It’s a facility they feel safe on.

One of the most rewarding parts of the Johnston project came after it was finished. While riding on the path, I ran into a nearby homeowner who had been living there for 10 years. Her kids had friends who lived close by, but they always had to drive to their houses to visit because the roadway didn’t feel safe for the kids. Now with the trail and protected side path in place, not only can they ride bicycles to each other’s houses, but they also see and talk to other neighbors out walking and riding. It has created a real sense of community in the adjacent neighborhoods.

People want to be active. They want to live in neighborhoods that are connected to our great trail system and have a healthy alternative for their morning commute. Protected bike lanes provide the security needed to get recreational riders back on their bikes. 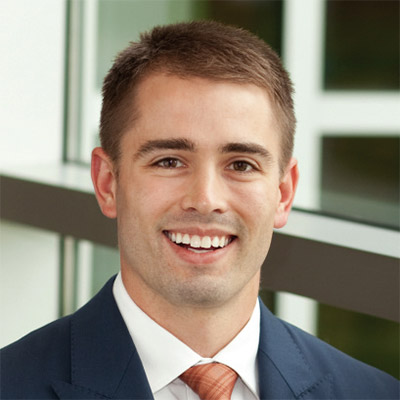 "I was in college when I got my first road bike. Riding it took me back to the feeling I had with my first set of two wheels when I was young. Only now I could ride much further and faster. I’ve been an avid cyclist since. It was on one of my rides when I had the thought, “How neat would it be to ride on the same trails I designed?”

At Shive-Hattery, I’ve been able to make that happen by combining my passion of engineering and the love I have for cycling.

Being both a cyclist and an engineer allows me to analyze the trail or facility in a way that few other engineers can. I am able to look at it from both sides and provide a better design that focuses on the user but also built upon sound engineering."