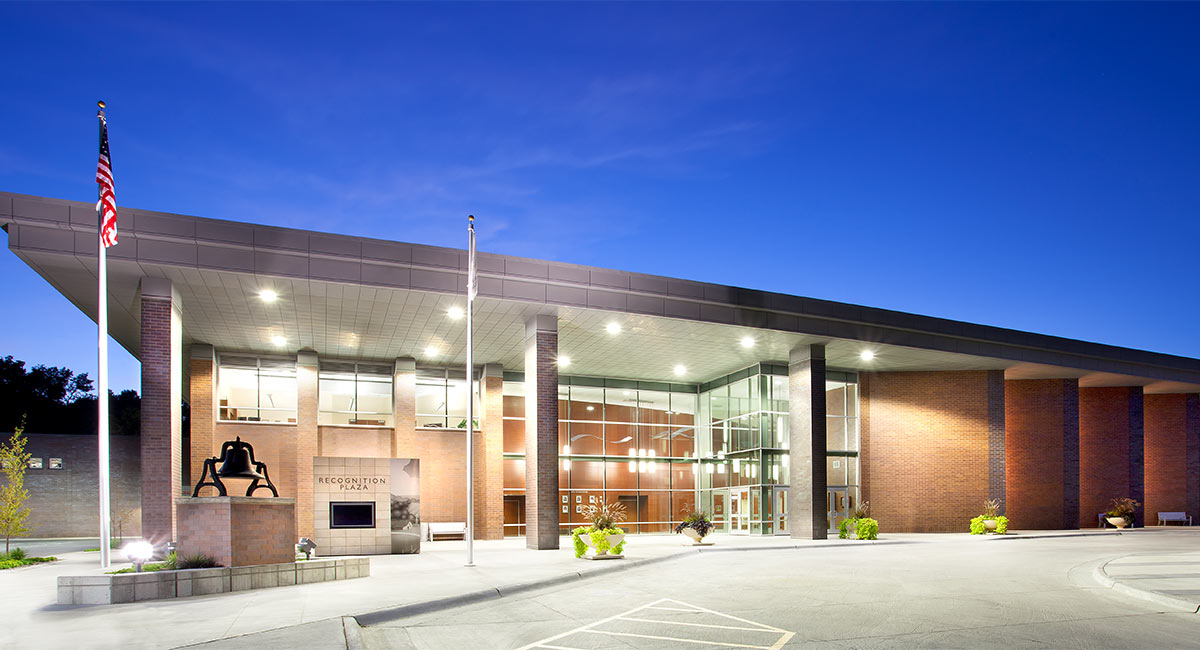 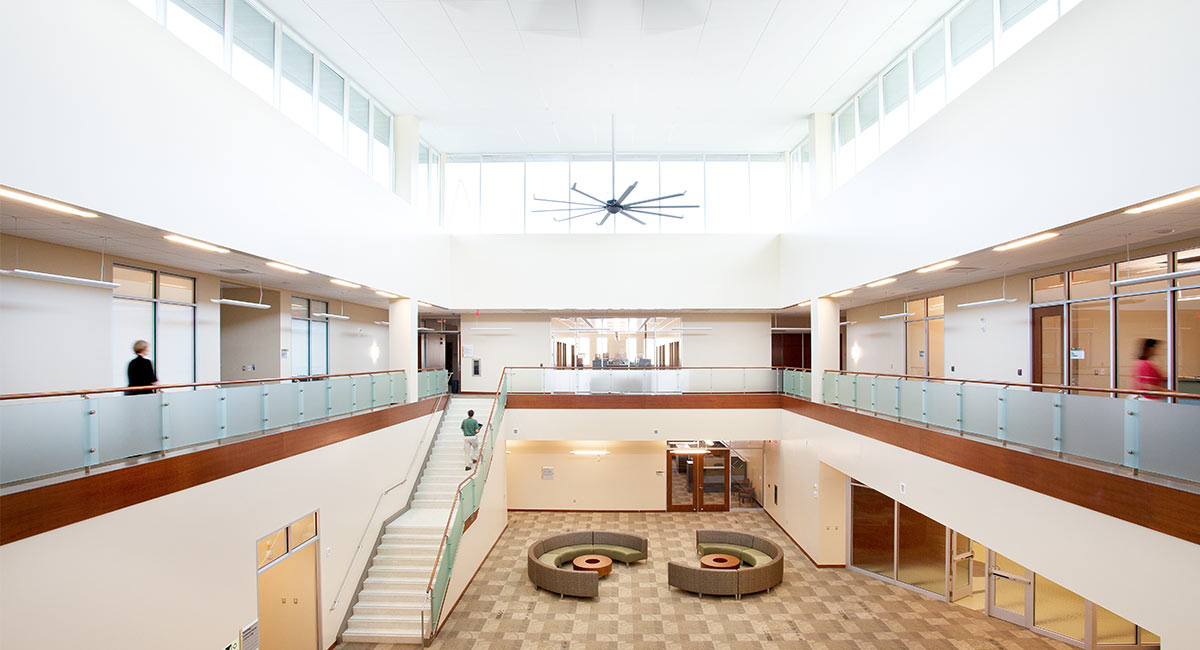 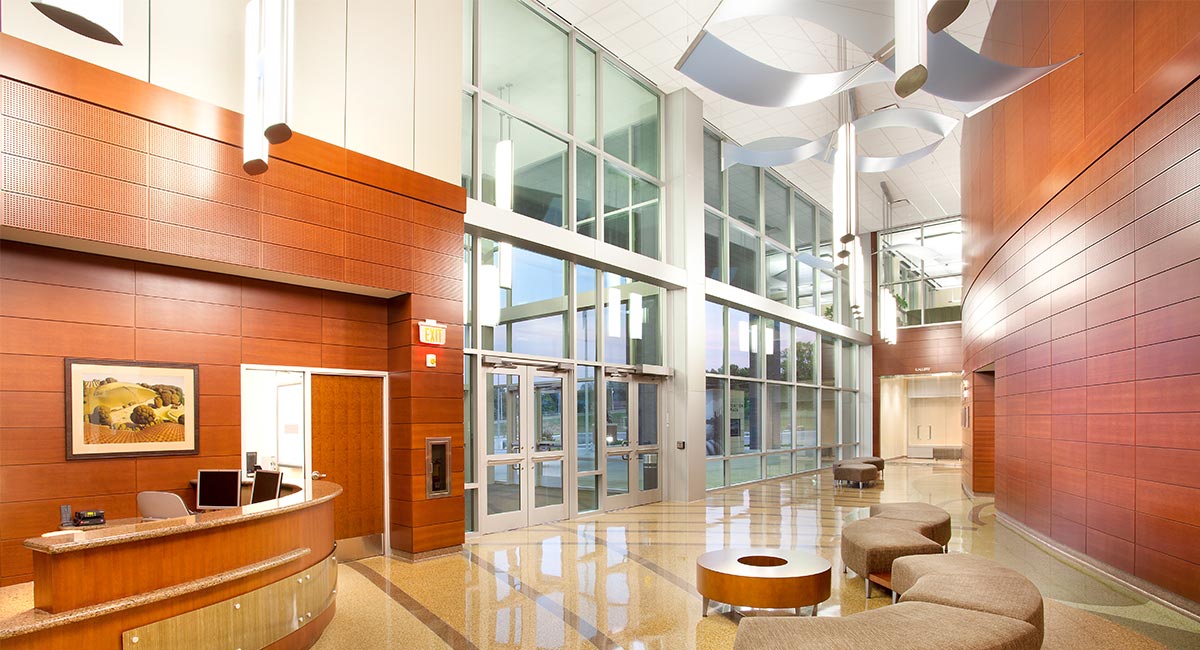 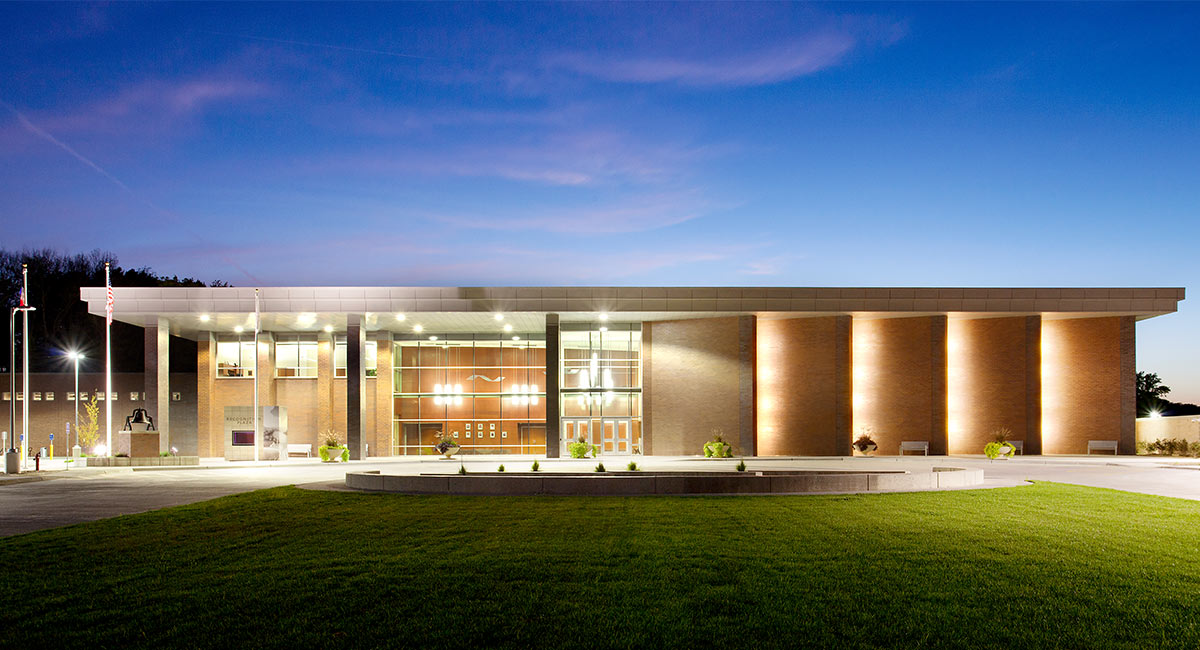 In this era of tight budgets, school districts are always looking for ways to use funds more efficiently. One common way to save money involves placing the central administrative facility into an existing building, either one that is purchased or one that is already owned by the district, such as an old school building that has been replaced with larger modern facility. This was the case for the Cedar Rapids Community School District, administrators worked in an old elementary school located downtown. Everything changed, however, on June 13, 2008 when the Cedar River crested at 31.12 feet, devastating much of downtown Cedar Rapids, including the district's administrative center and several district support spaces within the flood zone.

Working with architects and engineers from Shive-Hattery and representatives from the State and FEMA, the school district responded quickly by establishing a temporary facility to serve the district of 16,000 students. As this was being established, the District and Shive-Hattery formed a team to take advantage of the rare opportunity to reinvision the administrative facility from scratch—a building type for which there is little precedent.
To design such a building under very tight time constraints, Shive-Hattery expanded its "core team" organizational model to include key members of the school district administration, FEMA and state and local citizen representatives. The chemistry that developed through the sheer number and frequency of meetings resulted in a clear set of priorities: the building would be designed to last 100 years and it would maximize the efficiencies that could be gained from having all parts of the district administration - from warehouse distribution to buildings and grounds to bus maintenance to curriculum development - on the same site. The district also wanted two new spaces they had never had before: a FEMA safe room, and a Professional Development Center where district employees could meet to develop new ways to better serve the district.

Shive-Hattery designers took advantage of the sloping site by suggesting design concepts that stack some of the functions and preserve the green space of the site. The end result, the Educational Leadership and Support (ELS) Center, is a single building of 169,000 square feet that contains all departments - a warehouse and bus maintenance and storage below grade, buildings and grounds facilities along a service loop road and the administrative center located in the heart of the building acting as a strong "front door" to the district. The District immediately saw the benefit of having everyone under one roof. The public entry is flanked by two great rooms: the Board Room where school board meetings are held, and the Professional Development Center, that is divisible into 5 separate rooms for smaller functions. The ELS Center's facade of tiered glass windows opens like pages in a book to the community it serves, exhibiting the flexibility and versatility of the public meeting spaces and Professional Development Center it houses. Inside, the interior takes its cues from Grant Woods' painting entitled "Young Corn", the prized possession of a collection that the district has assembled.
To create a building that would last 100 years and meet the ever-increasing energy efficiency demands of the future, Shive-Hattery put traditional materials that have a proven track record of durability into new assemblies that would minimize air leakage and heat loss. In addition, Shive-Hattery developed and executed a building envelope testing program to measure air and water leakage and heat loss and address areas where shortcomings were found. The end result is one of the most envelope-tested 100-year facilities in the state.