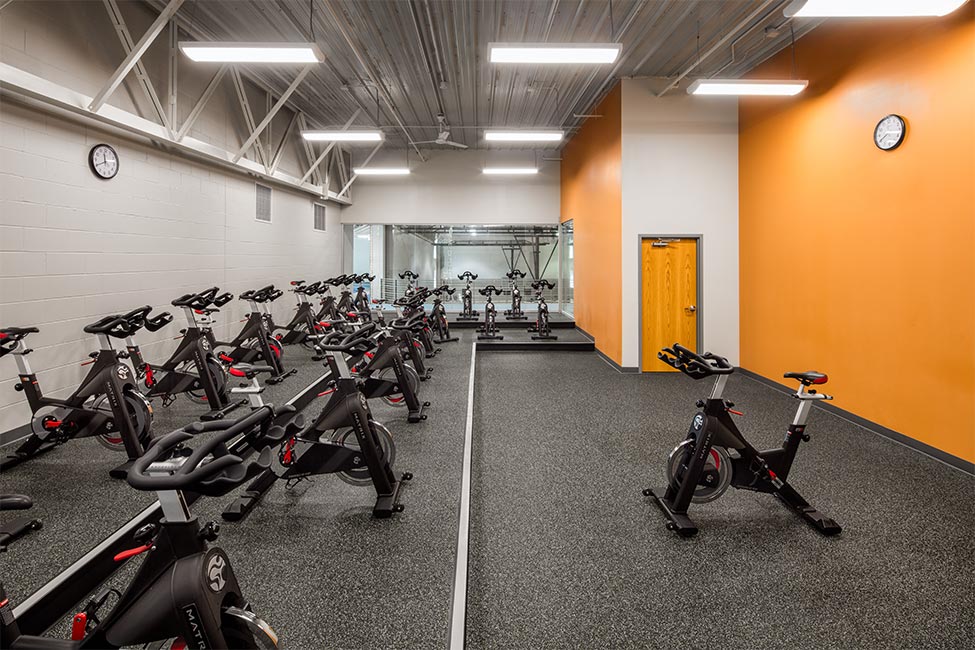 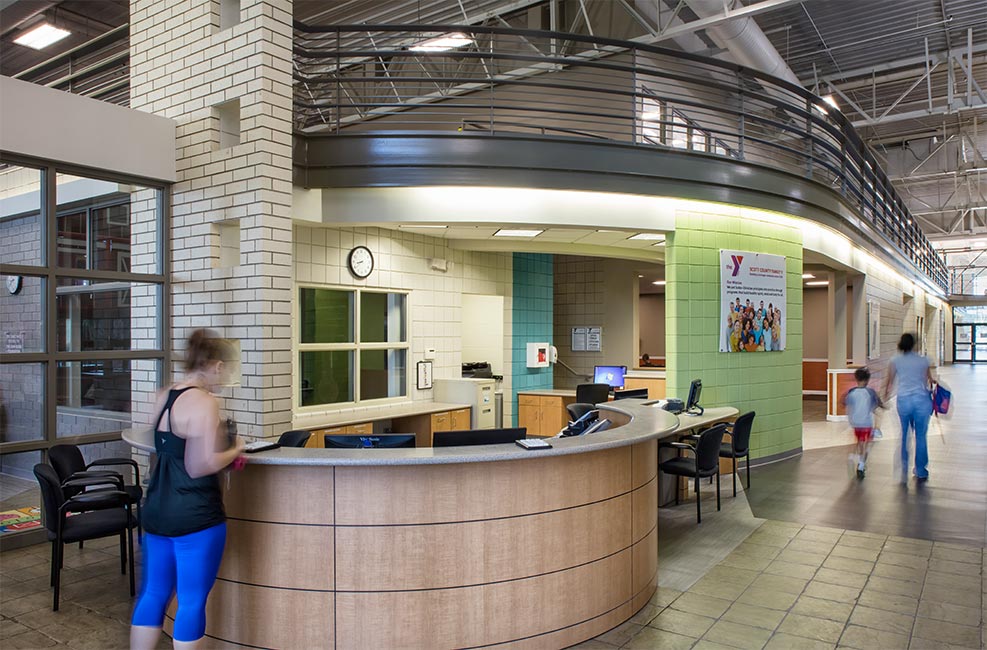 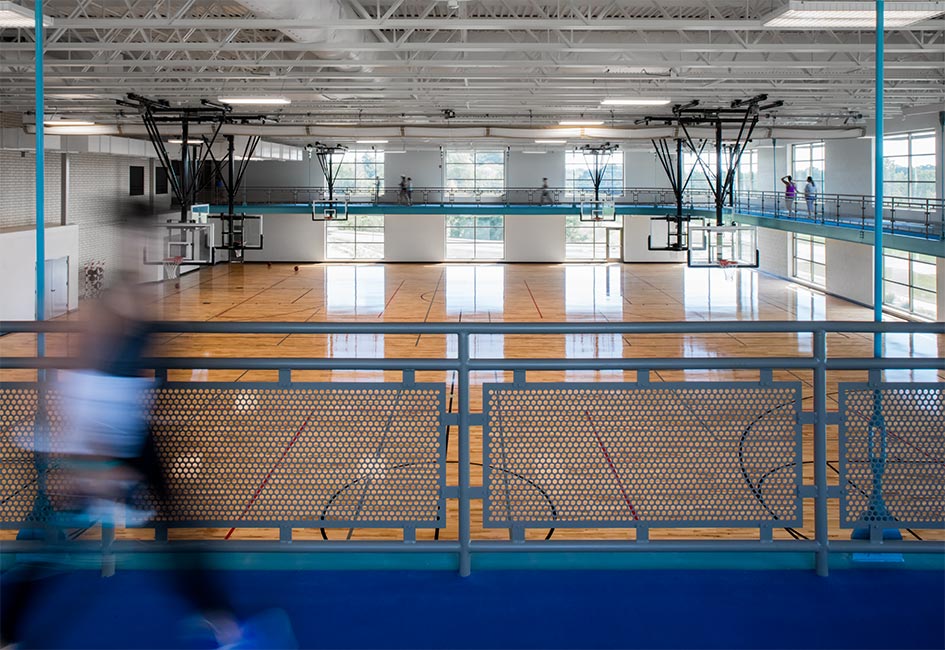 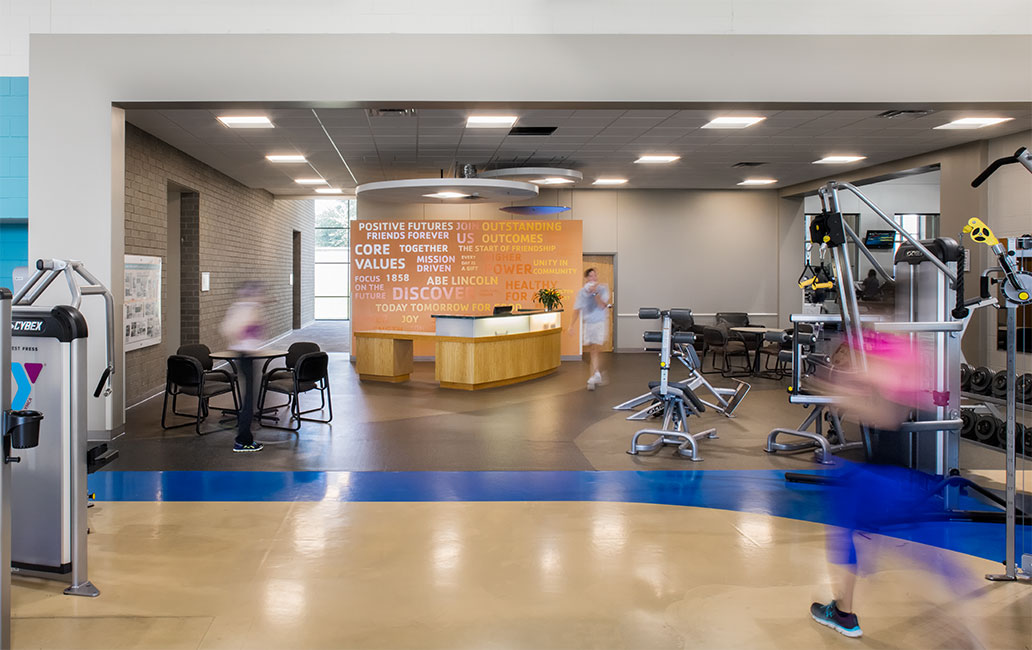 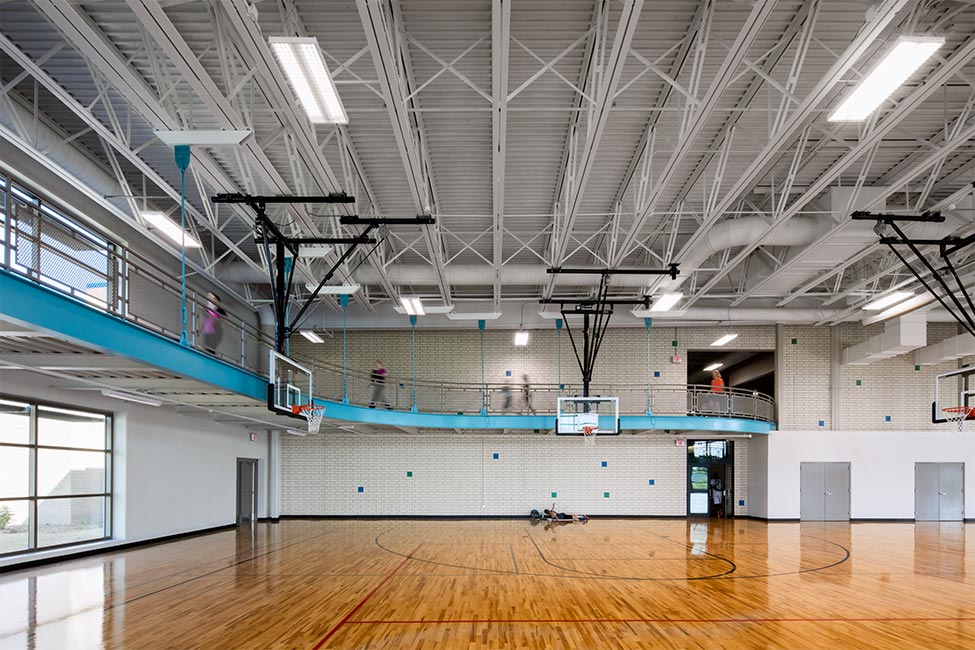 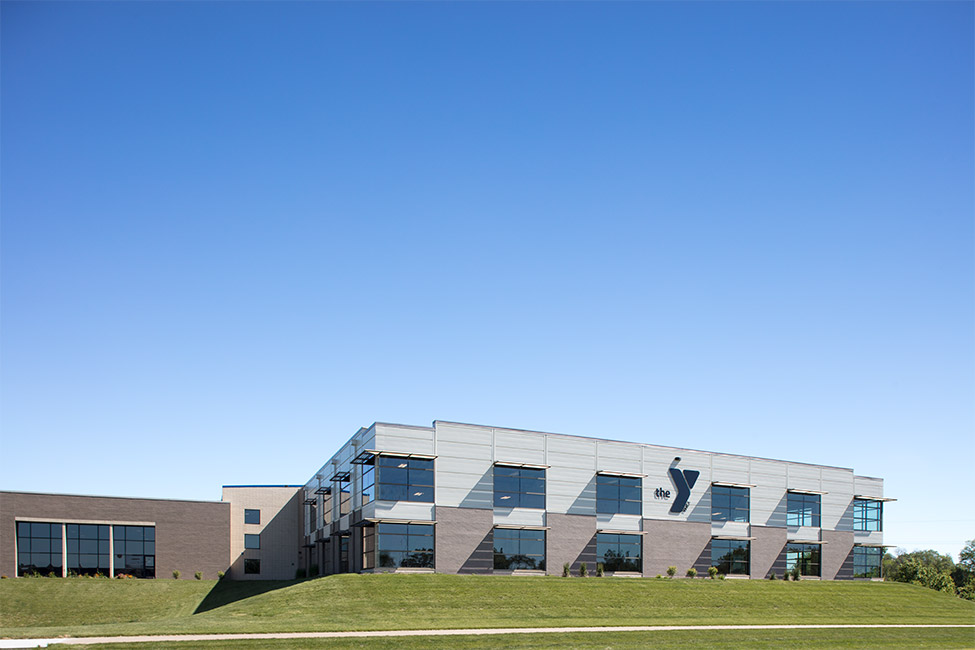 Built in 2004 as a partnership with the Genesis Health System, the Bettendorf YMCA facility had 44,000 square feet of usable space.  In 2012 the YMCA took over the Genesis-operated west side of the building, which increased its space to 56,000 square feet.

The YMCA needed this existing facility to be renovated and refreshed to meet specific program requirements; a new addition with gymnasium space and an expanded indoor running track was also necessary.

Shive-Hattery worked closely with the Construction Manager, Russell Construction Company, to plan the architectural, interior design, mechanical, electrical, structural, and civil portions of the expansion and addition to be within budget. Planning and coordination was also very important to keep this project minimally disruptive as the facility would remain open during the estimated 10-month construction period.

The front desk was reconfigured to allow for easier check-in with less congestion; the child watch area was relocated adjacent to the front entry; and the member lounge was centrally located with a new opening directly off the main entry.

The open exercise space on the mezzanine was divided and enclosed to create a yoga studio and spin class room.  The existing 1/16-mile running track at the mezzanine level was tied directly to the new suspended running track, doubling its length to 1/8-mile around the new gymnasium.

The new addition was built on the south side of the existing building. This portion includes two full-size basketball courts complete with a divider curtain and retractable cross-court goals.  Natural light and views are provided through 2-story glass curtain walls that also include shading devices to prevent unwanted glare; this openness benefits players and runners alike.

Overall feedback from patrons continues to be strong with particular emphasis on the member lounge, child watch area, and the running track.  The YMCA can now facilitate more community-driven programs, such as outreach programs for at-risk youth, the Livestrong Program for cancer fighters, and classes for those with Parkinson’s disease.

With 78,000 square feet of usable space, the YMCA’s members have more room to spread out, with easier and quicker access to the exercise equipment. This expansive renovation and addition has made the Scott County Family YMCA ready to accommodate future growth while continuing to serve Bettendorf community members