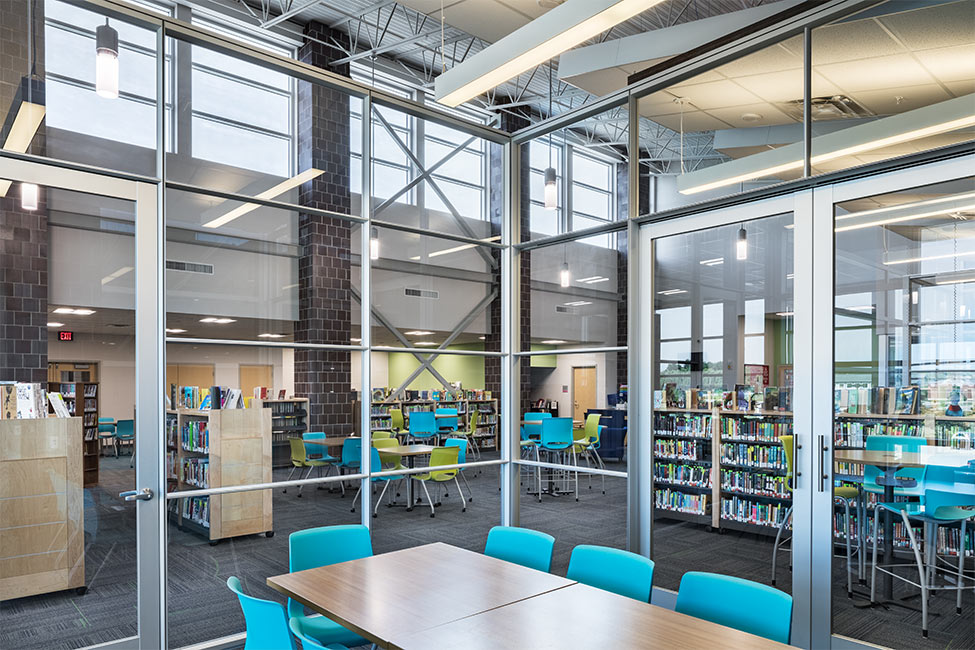 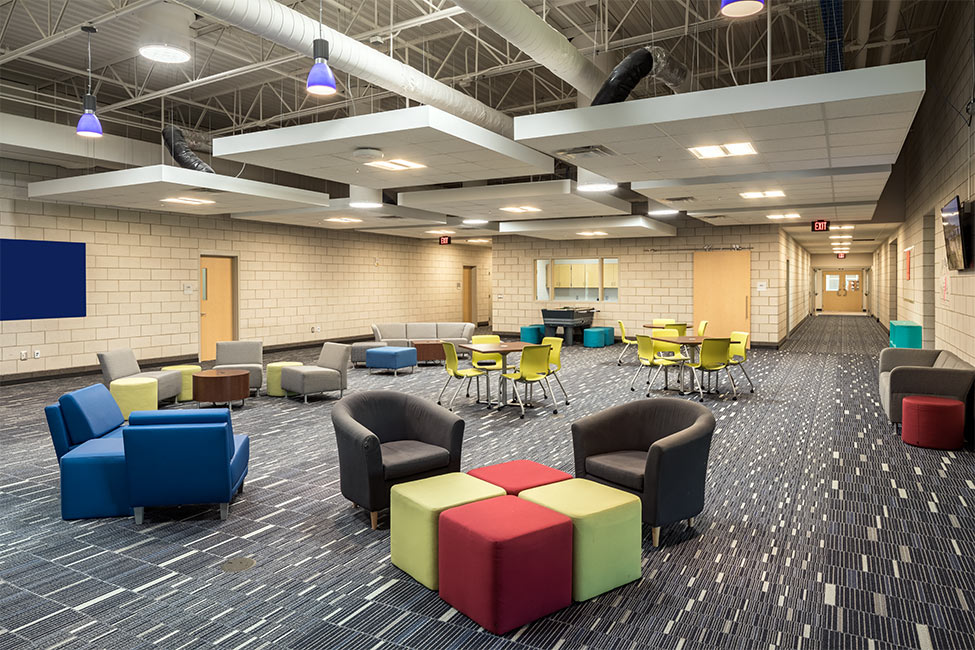 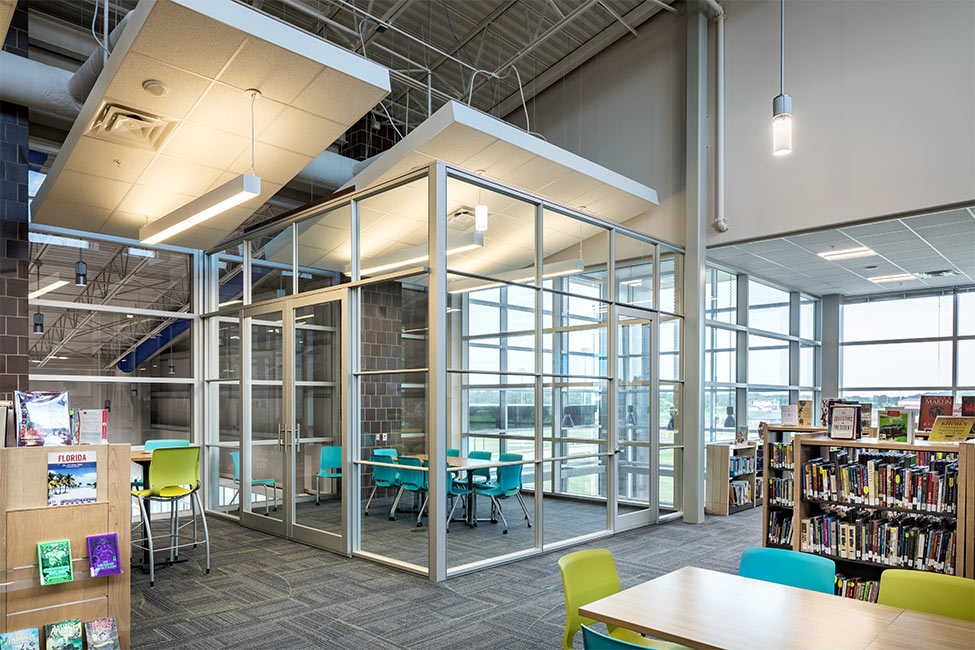 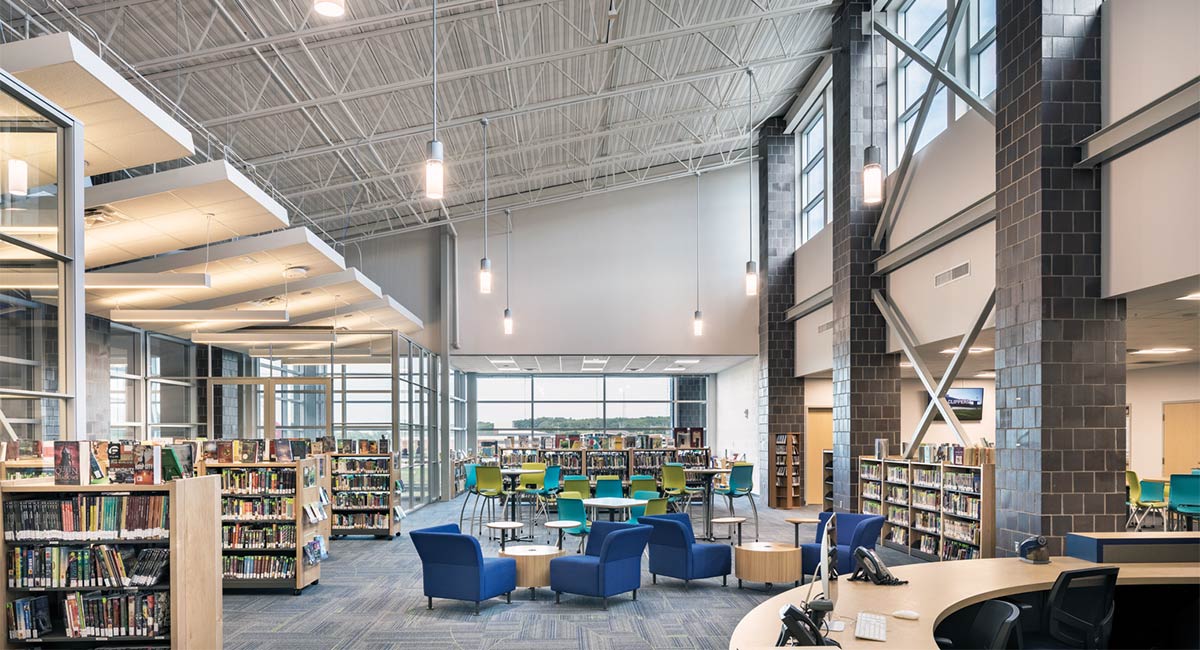 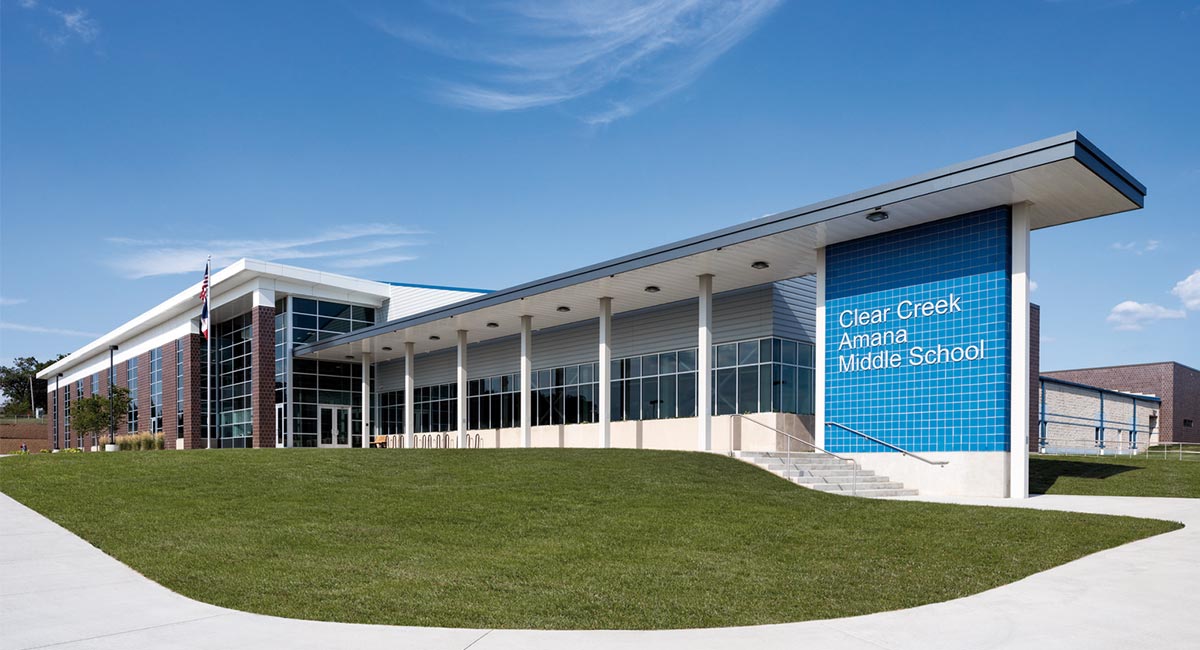 In August of 2009 after completion of a brand new high school, middle school students in grades 6 through 8 moved into the former Clear Creek Amana High School. The existing high school became the District’s one and only middle school with little to no changes to accommodate its new student population.

After the successful passage of a bond referendum in 2012, planning for an addition and renovation of the middle school began in order to address the overcrowding issues. The goals of the project were to increase capacity for the facility in a District experiencing rapid growth, improve safety and security by moving the main office and creating a safer bus drop off, increase the quality and effectiveness of educational spaces and improve the core facilities such as the media center, commons and kitchen.

The project was completed in two phases with the first containing primarily a two story building addition and the second updated the infrastructure and systems within the building, along with updating classrooms to match the new addition.

The first phase included classrooms and science labs as well as open areas and flexible use classroom spaces to increase collaborative learning opportunities.

The main office was relocated to the addition to provide visibility to the main campus core and create a secure entrance. A new bus drop off was added to improve the safety of students. Adjacent to a large commons space and entrance area a large canopy provides shelter for students as they gather before school and between extra-curricular activities.

Phase two included renovation and enlarging the existing classrooms that were undersized and ineffective. The existing cafeteria was converted into a flexible, open classroom space and student commons and the media center area was renovated into a computer lab and technology area. A full replacement of the mechanical HVAC systems to a new geothermal heating and cooling system increased occupant comfort throughout the existing facility . Fire alarm, lighting and communications systems were also replaced throughout the building.

After completion of the projects, students attending the middle school enjoy a fully modernized facility with similar amenities found in brand new schools.