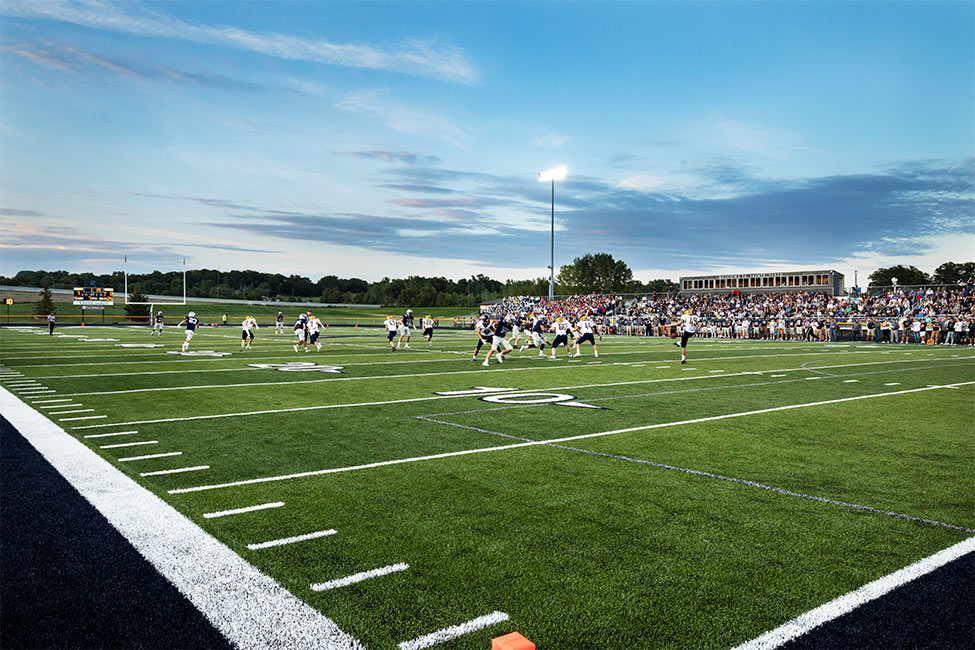 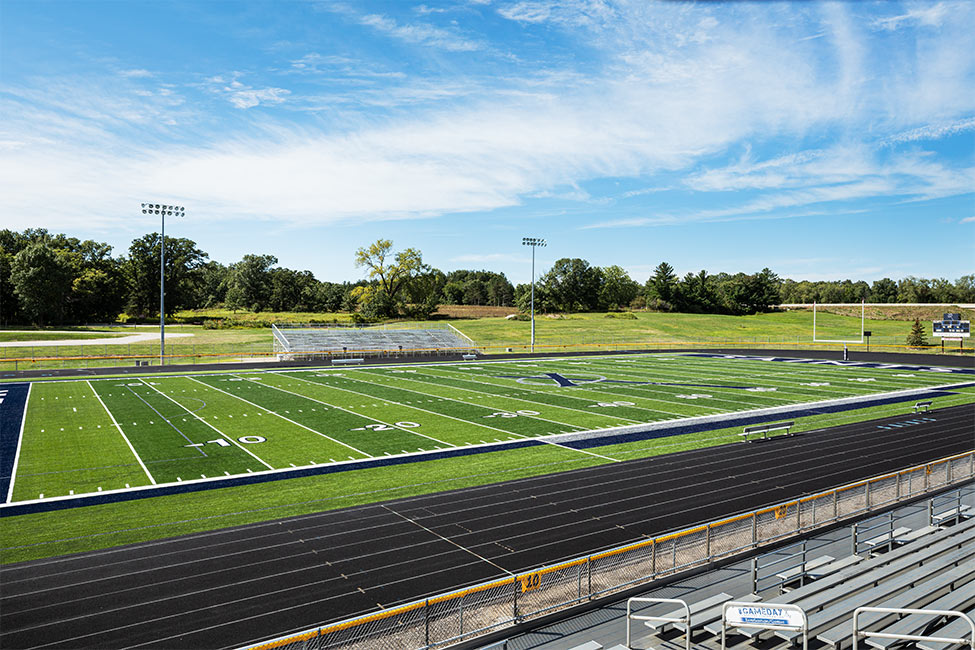 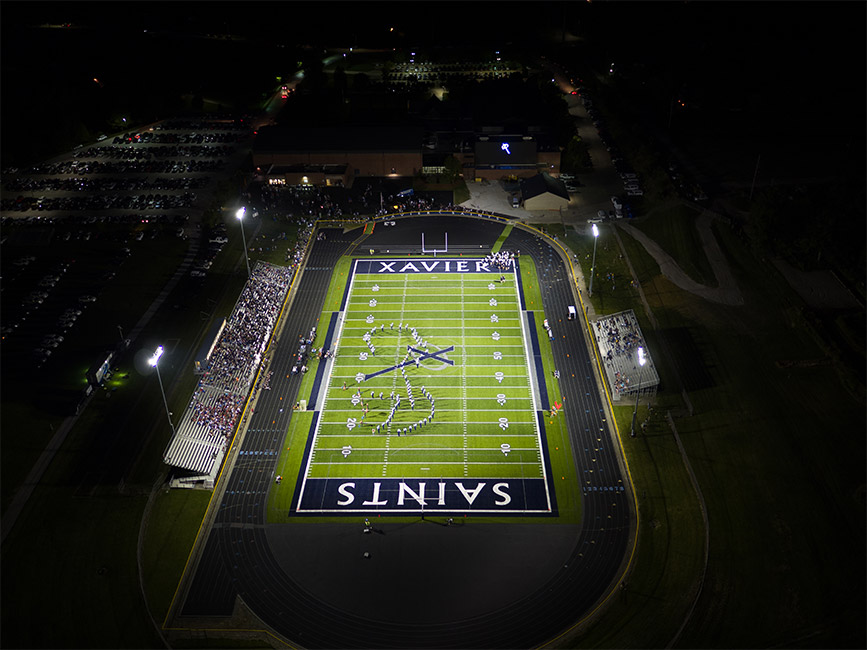 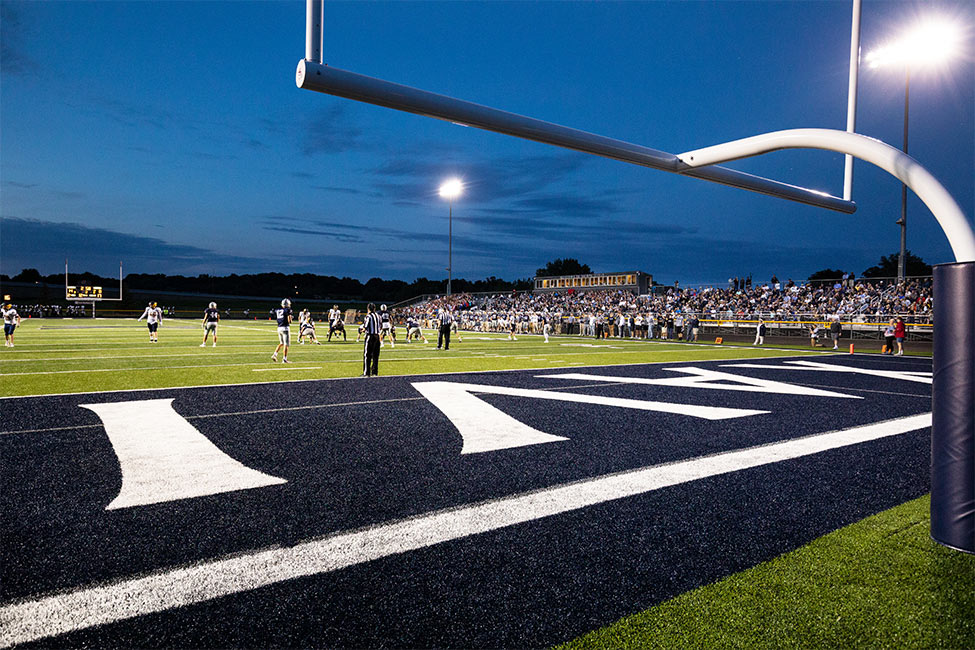 Xavier High School in Cedar Rapids is a football powerhouse, collecting three state championships since the school’s opening 20 years ago.  Prior to the recent renovation the school’s football field did not provide a higher performing facility to meet their needs. With a high-water table and large storm line that ran through the center, the natural grass field had constant drainage issues. Attempts to mitigate the wet soils with a tall field design created the highest crown in the state making it less useful for other sports like soccer. There was a lack of necessary space to include the long jump and high jump areas by the track, so athletes and spectators of those track events had to journey to another area of the school property.

Buoyed by a slew of donations to the athletics department the school administrators decided it was time to build a new field. At the beginning of the project the old crown was leveled and involved the removal and relocation of 450 dump truckloads of soil. To fix the drainage issues, Shive-Hattery’s design called for a new storm pipe system under the field that included a giant storm structure.  In heavy rain events the structure acts like a dam and backs up excess water into a detention area four feet underground.  The design also make it so the water never reaches the surface of the field.

As a benefit of converting to an artificial turf field Shive-Hattery was able to add permanent name plating to the design. The school’s colors and words “XAVIER” and “SAINTS” were added in the end zones as well as the school’s logo in the center of the field. With safety being a priority for the school, new technology of a shock absorbing pad was placed under the rubber and artificial turf. Shive-Hattery also updated Xavier’s playclock system to current wireless technology and electrical code standards.

Construction on the field began in early May of 2019 and was completed before school began in August.

The Xavier Saints now have a field that is:

The achieved result is a project that builds school spirit and excitement for its athletic teams that can be used year-round.