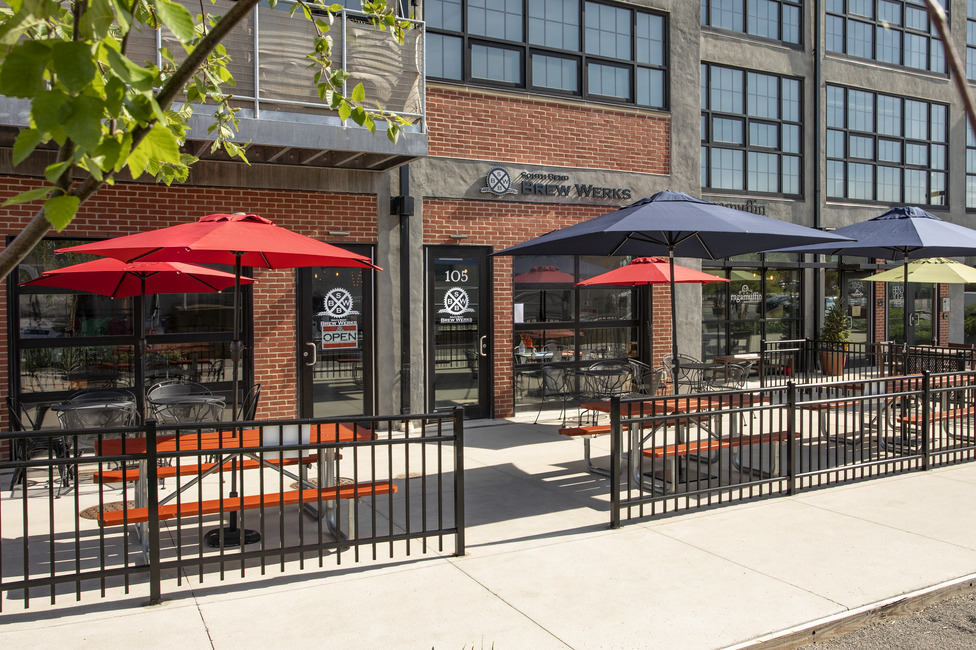 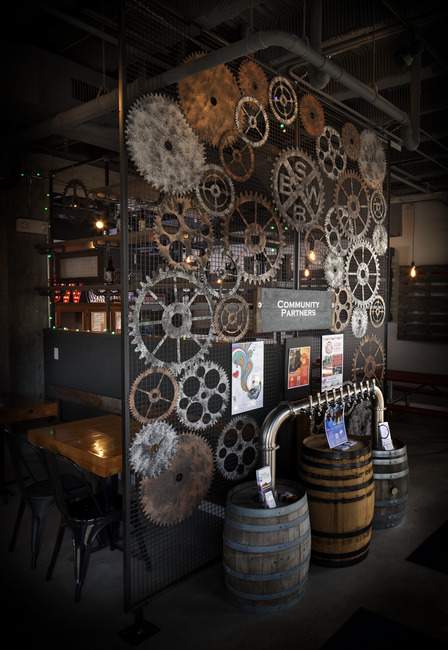 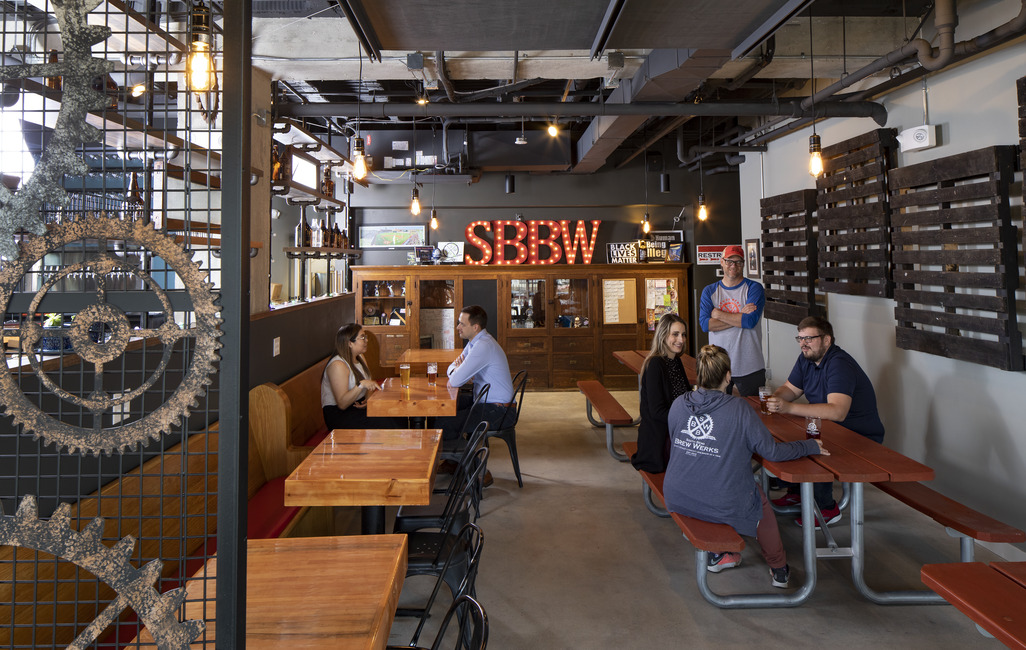 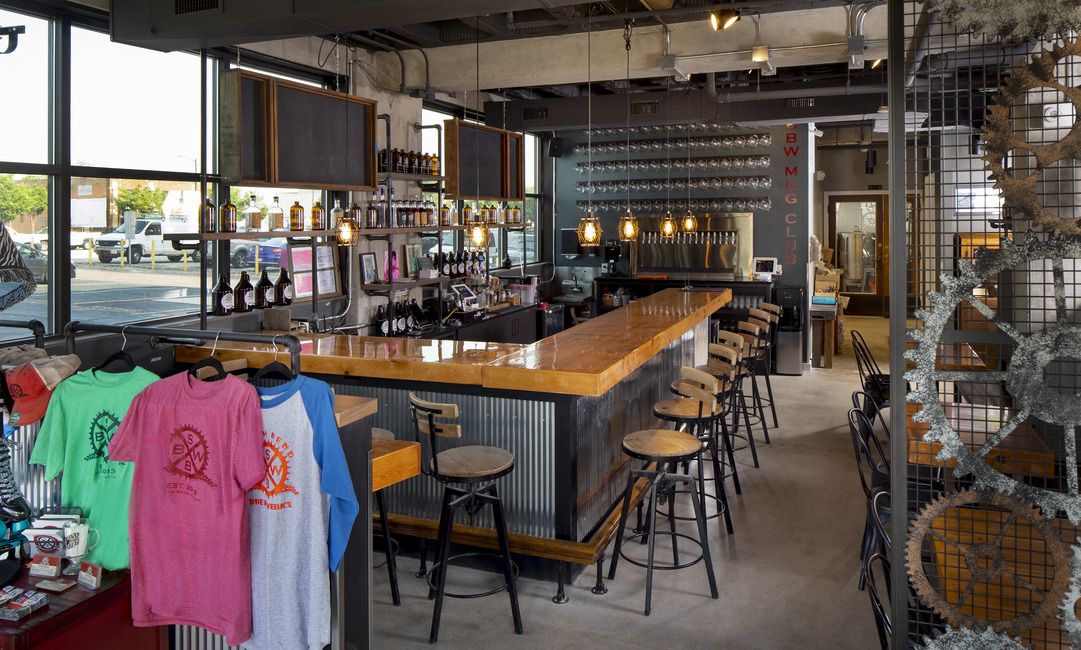 South Bend Brew Werks, started in 2013, had outgrown its current location. Its owners wanted more space in order to increase their brewing and customer capacity, while maintaining its family-friendly, neighborhood aesthetic.

The full-menu brewery opened at its new location in the recently renovated Hibberd Building, taking over an endcap space that more than doubled its square footage from the previous location. While the restaurant’s look was slightly modernized, it maintained its industrial vibe with black iron piping and wood laminate used liberally throughout the space, an exposed ceiling, and polished concrete floors. Inside the front door, a wire mesh partition is patterned with laser-cut gears, matching the gear used in Brew Werks’ logo.

Double glass doors salvaged during the Hibberd Building’s renovation allow customers the ability to view the brewing process, which was previously located out of sight in the basement. Another opportunity to include a piece of local history presented itself with the inclusion of a large oak cabinet for storage behind the bar, obtained from a nearby school that closed.

A variety of seating is offered, from small tables and stools around the bar, to larger tables in the restaurant area, to picnic tables in the extensive patio area. Much of the look from the old location was maintained by reusing pieces, such as counters repurposed into tables.

The Brew Werks’ new location is opportunely located across the street from the city’s minor league baseball stadium, giving it more visibility and access to potential customers. The larger space allowed the brewery to expand its brewing options while maintaining its family friendly, neighborhood vibe.