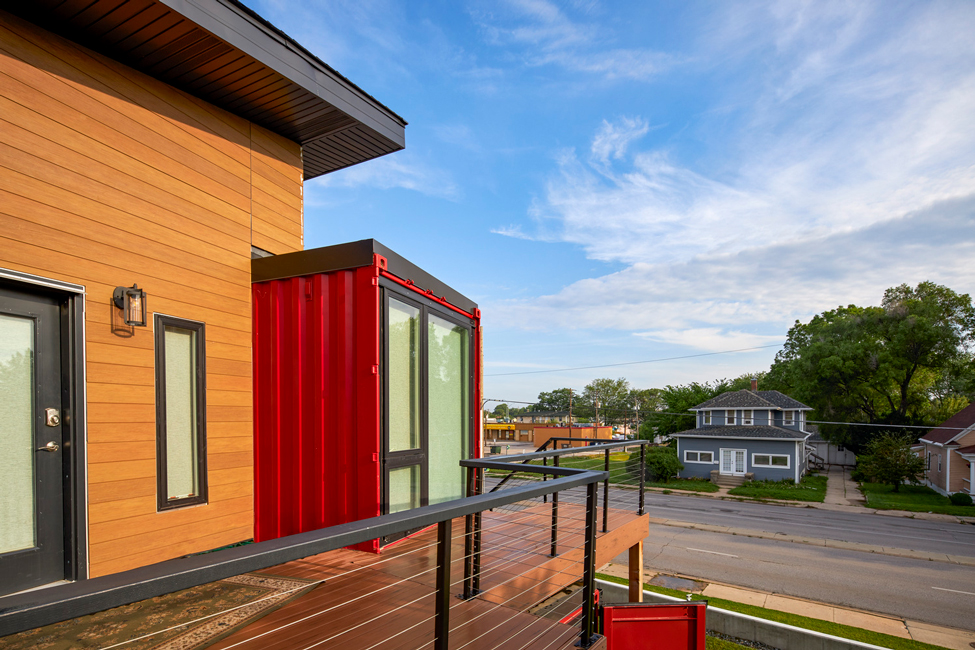 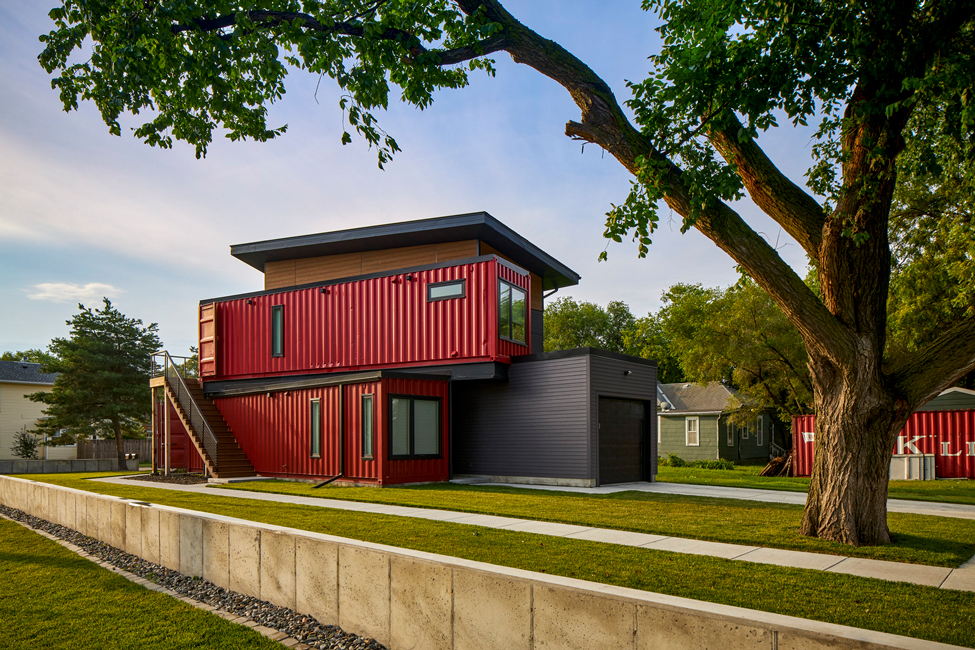 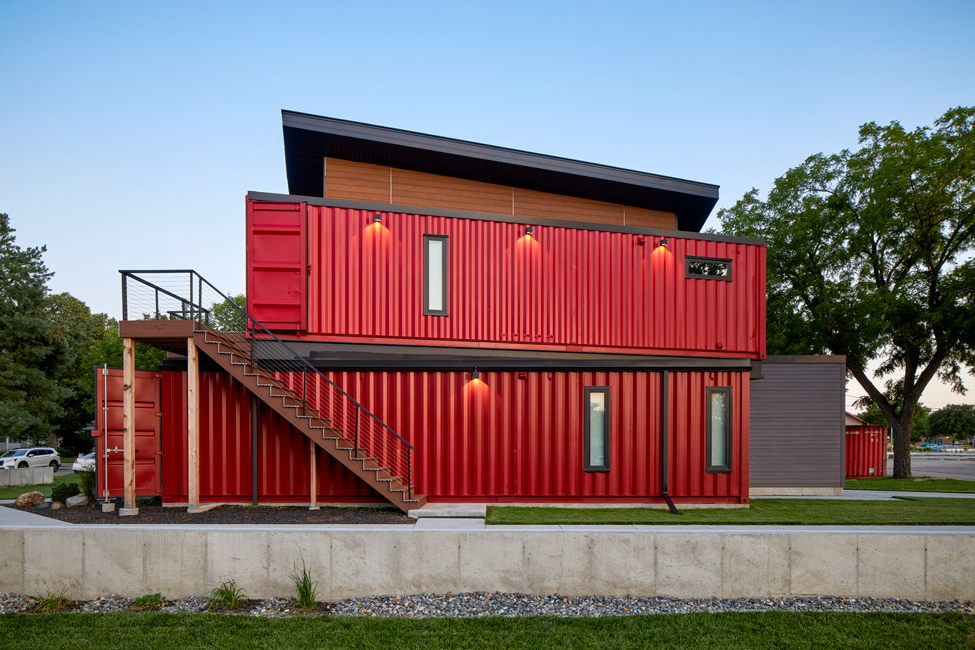 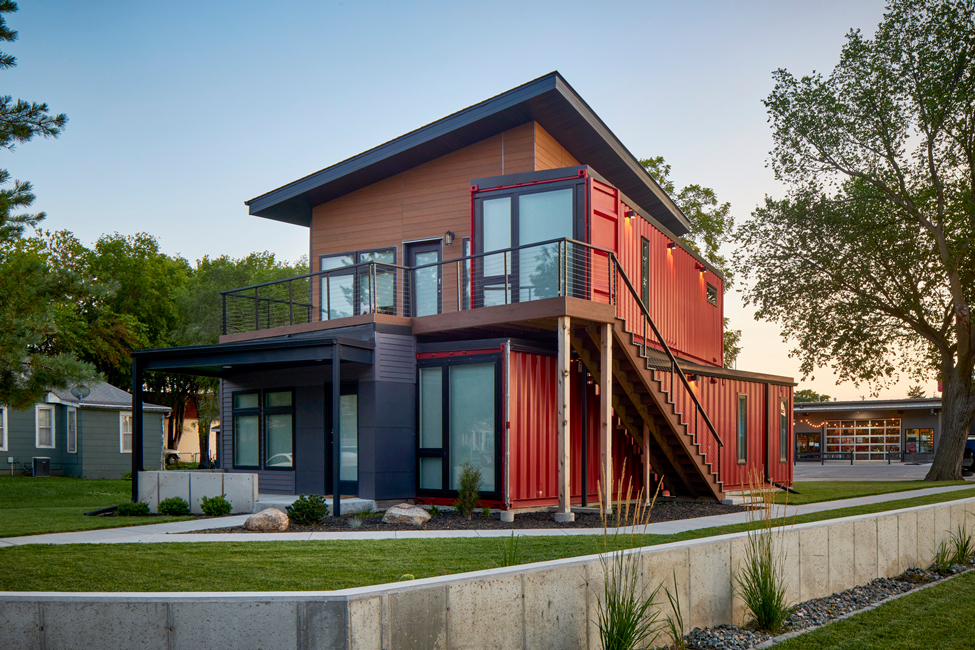 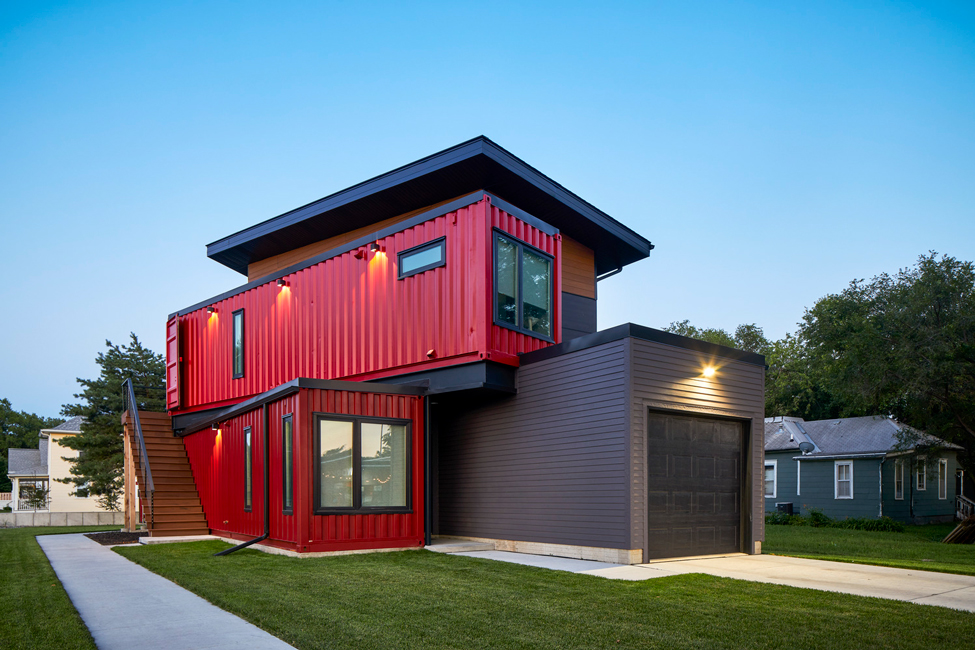 After visiting a container housing project in Tulsa, Oklahoma, a business owner in Lincoln fell in love with the concept and wanted to bring such a project to his neighborhood. A number of other projects in the city had previously attempted to incorporate shipping containers but ultimately substituted other building materials because of the many challenges it presented. Creative design solutions would be needed to make this project come to fruition, not the least of which was creating a livable space from an eight-foot-by-40-foot metal box.

Multiple configurations were considered before settling on a two-level duplex, in order to adhere to city zoning requirements. While shipping containers are built to be the most stable stacked directly on top of each other, the owner wanted a more dynamic visual by offsetting the two containers. The top container was therefore shifted and supported by an independent steel structure to maintain balance while keeping the containers exposed from the exterior. Another challenge was insulating the container sufficiently to pass energy codes. A thin but high efficiency insulation was chosen that would not reduce too much of the interior footprint and allow the container to remain exposed on the interior as well.

For both apartments, the bedroom and bathroom were designed within the shipping containers, with the living space (kitchen, dining room and living room) built into a walk-out framed wood section. A patio was added to the first-level apartment and a deck to the second level, adding color and angles that helped merge the different looks of the wood and metal buildings.

While this project faced many challenges, the commitment to using shipping containers led to a unique housing complex located just a block off one of Lincoln’s busiest commercial streets. After proving that containers could be a viable housing option in the Lincoln area, the owner plans to build three more duplexes in the same style.