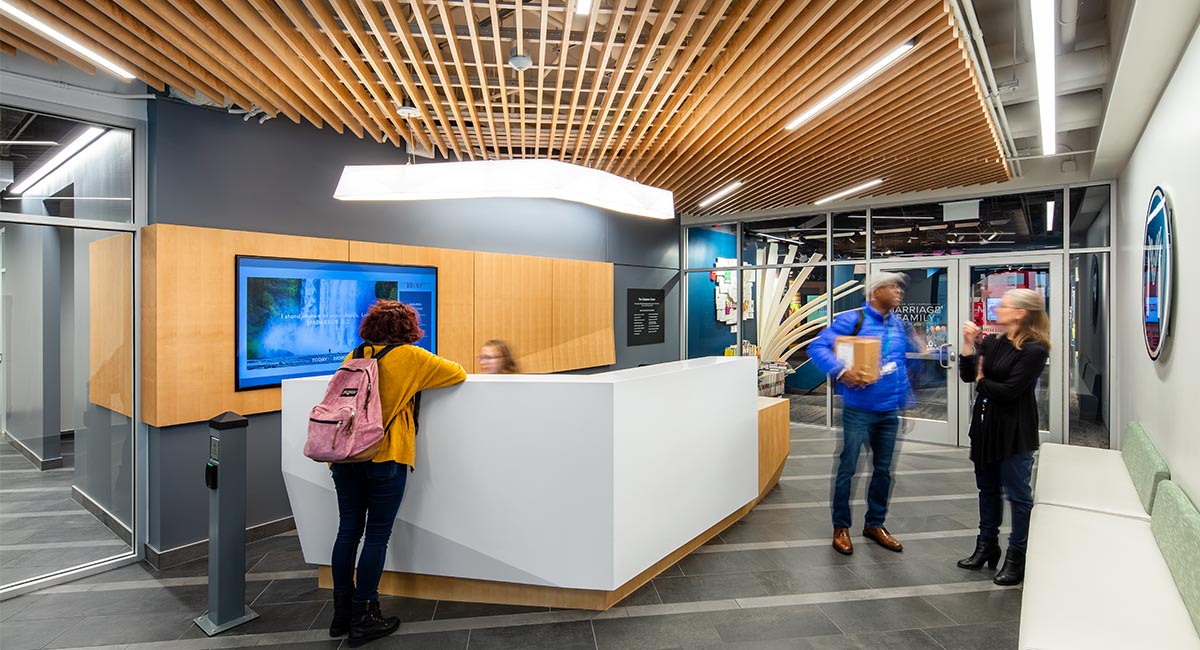 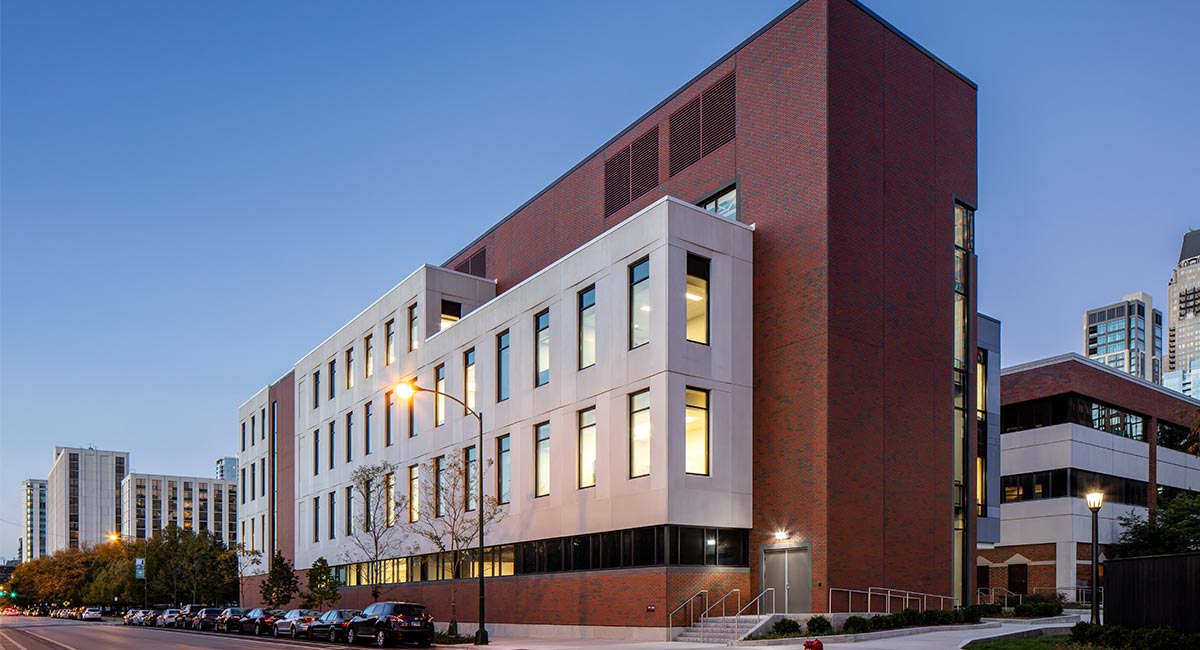 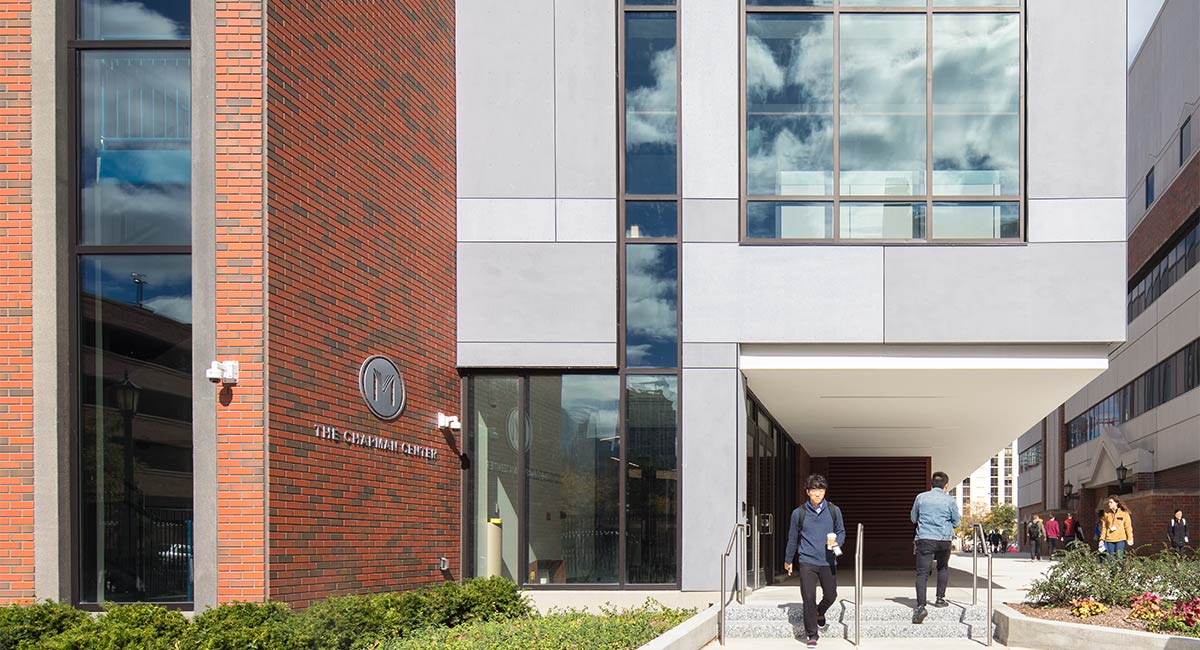 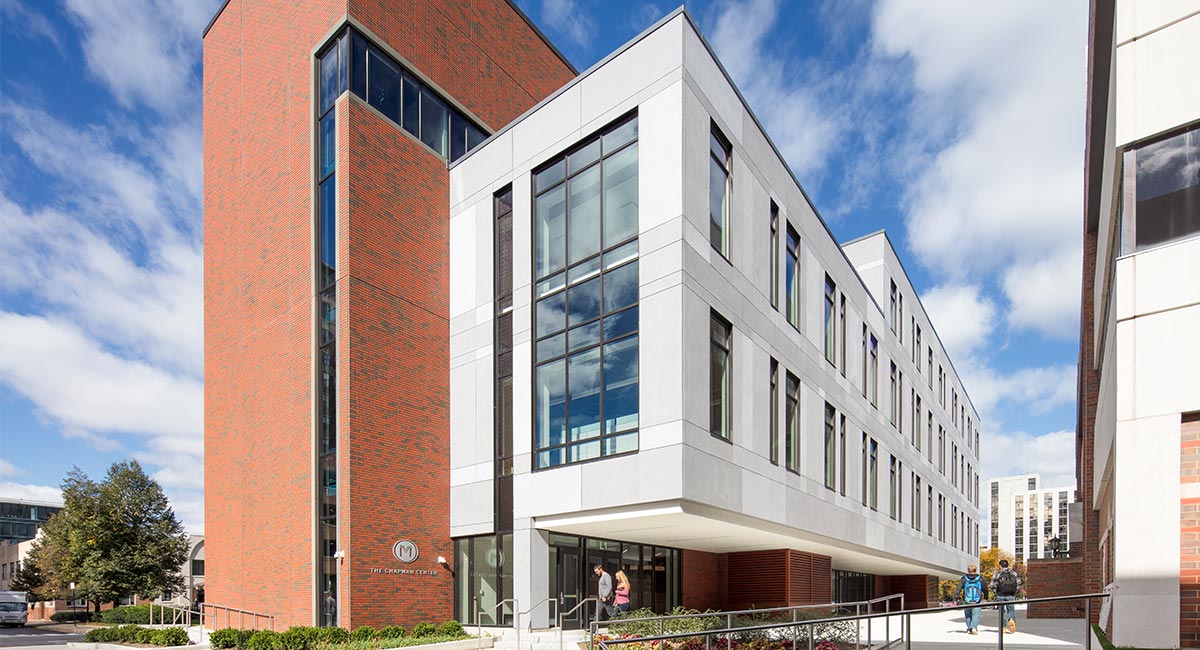 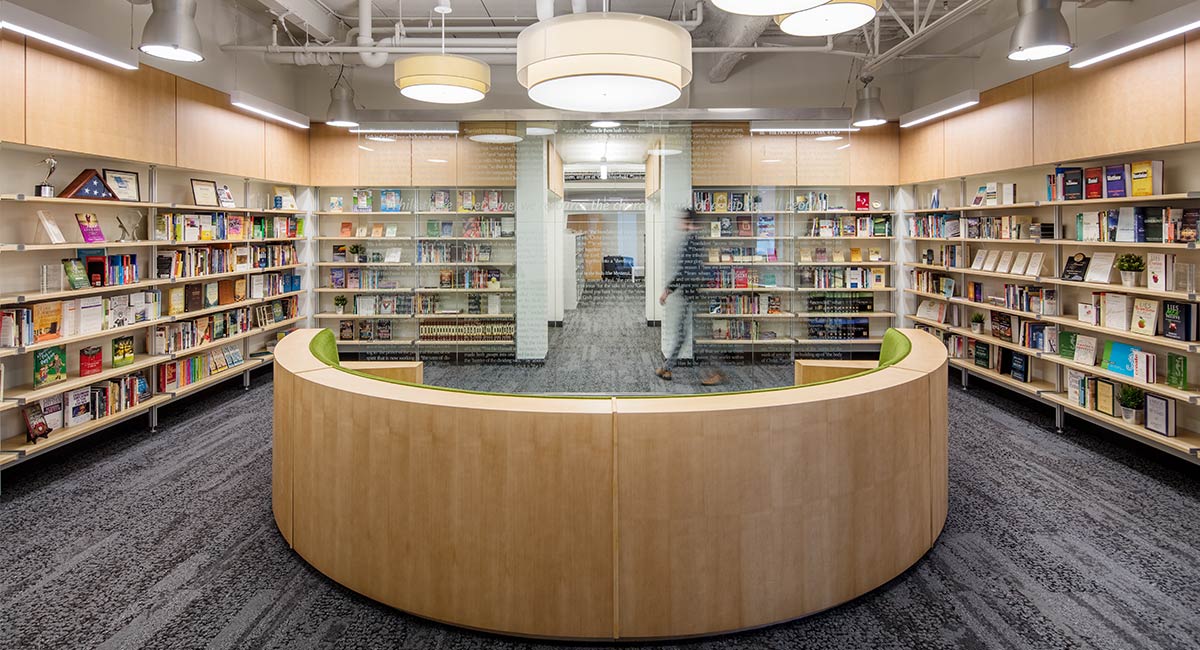 With its books, radio programs, podcasts, web content, and other resources, Moody Bible Institute’s Moody Radio and Moody Publishers are the world’s largest producers of Christian content. Moody Radio was one of the first broadcast networks in the United States.

Shive-Hattery investigated campus locations and created four designs on four sites for the team to consider. When Dr. Gary Chapman – a 1958 Moody Bible Institute graduate and author of The Five Love Languages – and his wife, Karolyn, stepped forward with a significant donation to help fund the project, Moody Bible Institute decided to locate the new building near Sweeting Center, the major classroom building on campus with a space that provides family counseling services.

After meeting with Moody Publishing and Moody Radio representatives, a visioning session led by Shive-Hattery helped Moody Bible Institute better understand the history and impact of these two entities.

A new five-story, 50,000-square-foot facility brings Moody Radio and Moody Publishers together in one place:

The broadcast and production studios are designed and constructed for intense sound control, with multiple masonry and drywall layers, as well as a reduction of 90-degree angles for better acoustics. Shive-Hattery worked closely with an acoustical consultant to meet required STC ratings for sound transmission. Studios and workspaces are designed to support infrastructure that will allow staff and students to keep up with the changing demands of digital media as time goes on.

As the first new facility on campus in more than 20 years, the Chapman Center’s exterior respects surrounding campus buildings with precast concrete reminiscent of the historic campus limestone. To visually represent the idea of life not falling into an expected pattern or rhythm, building materials change as they wrap around the back of the facility. Two-tone gray colors are featured in random patterns; windows are scattered instead of being located in expected places.

As the world’s largest producer of Christian content, Moody Bible Institute now benefits from the creativity that results from Moody Radio and Moody Publishers working under one roof to create innovative Christian content.

Instead of publishing and broadcasting being isolated, the two are thoughtfully mixed with the intention of creating cross-collaboration. This facility also gives communications students once-in-a-lifetime exposure to real-life media production.