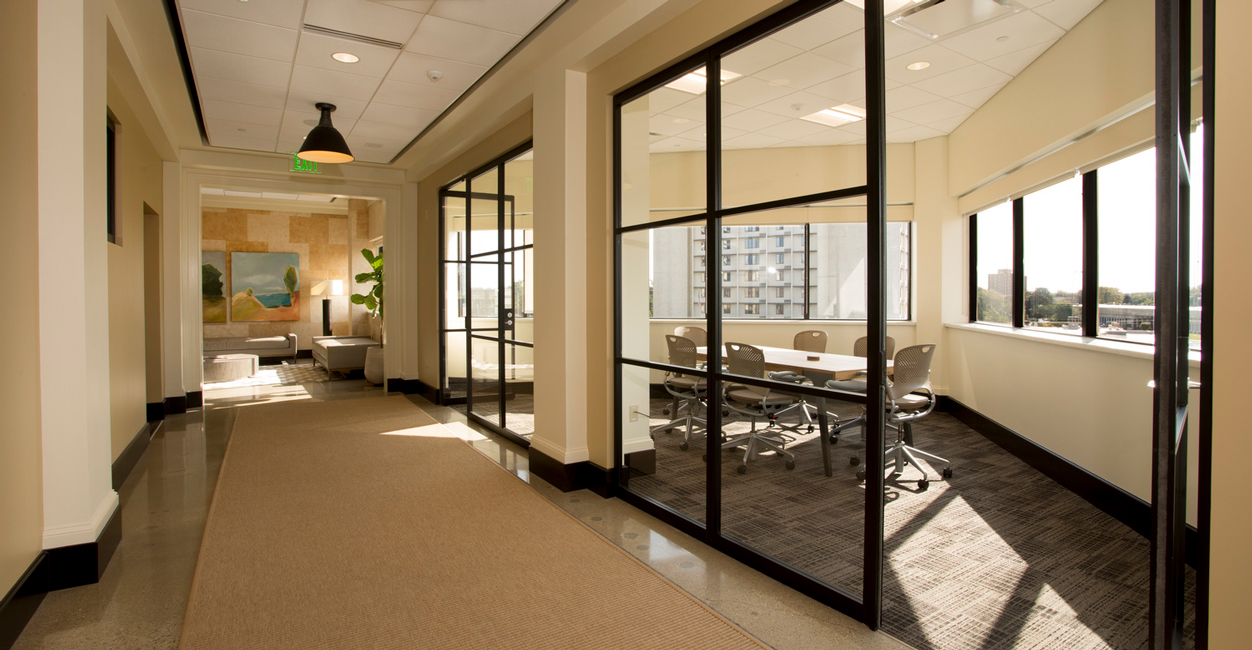 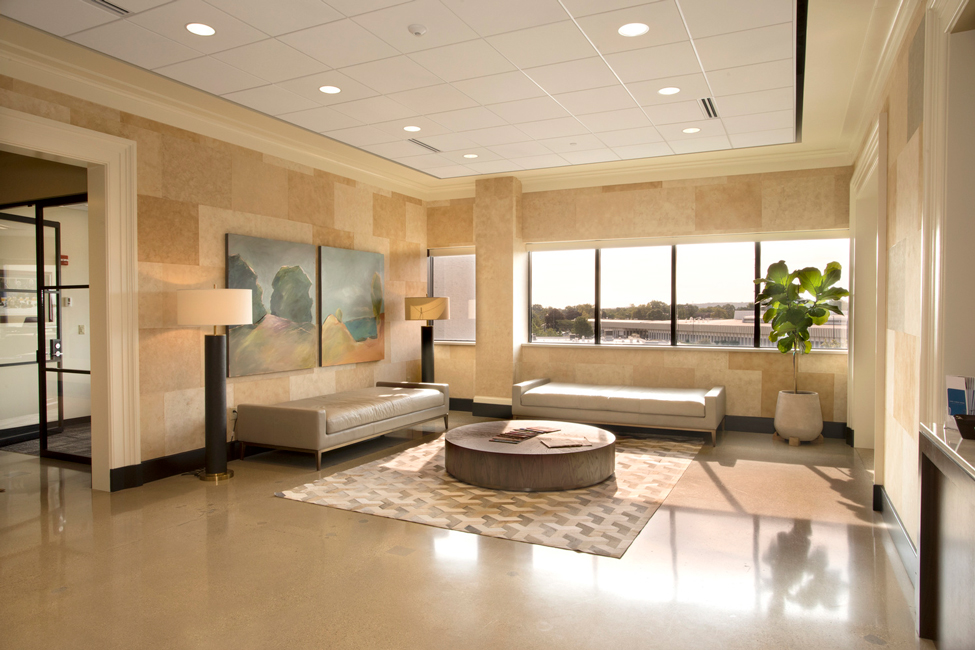 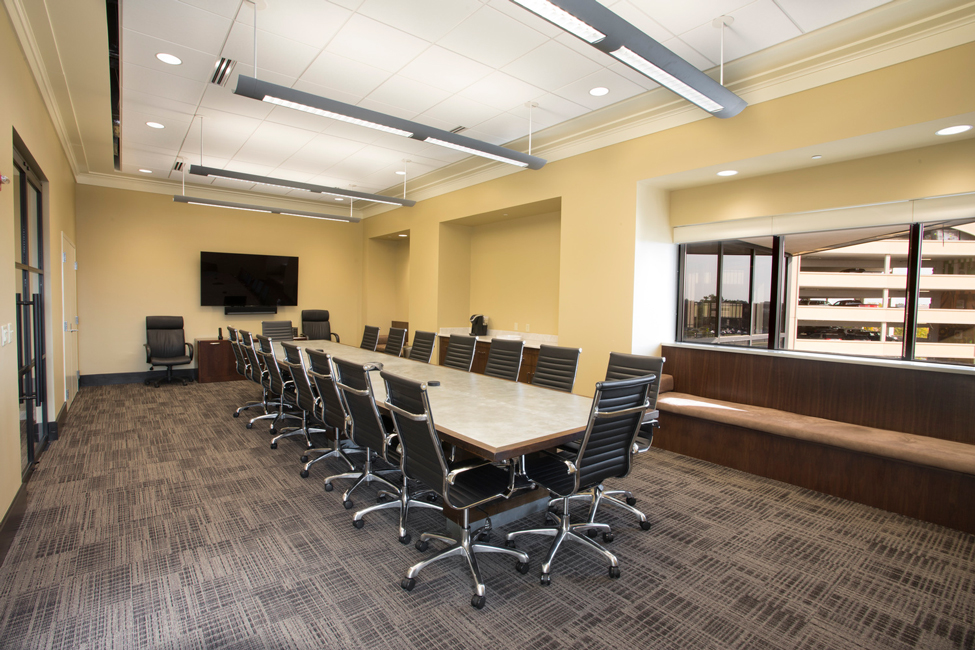 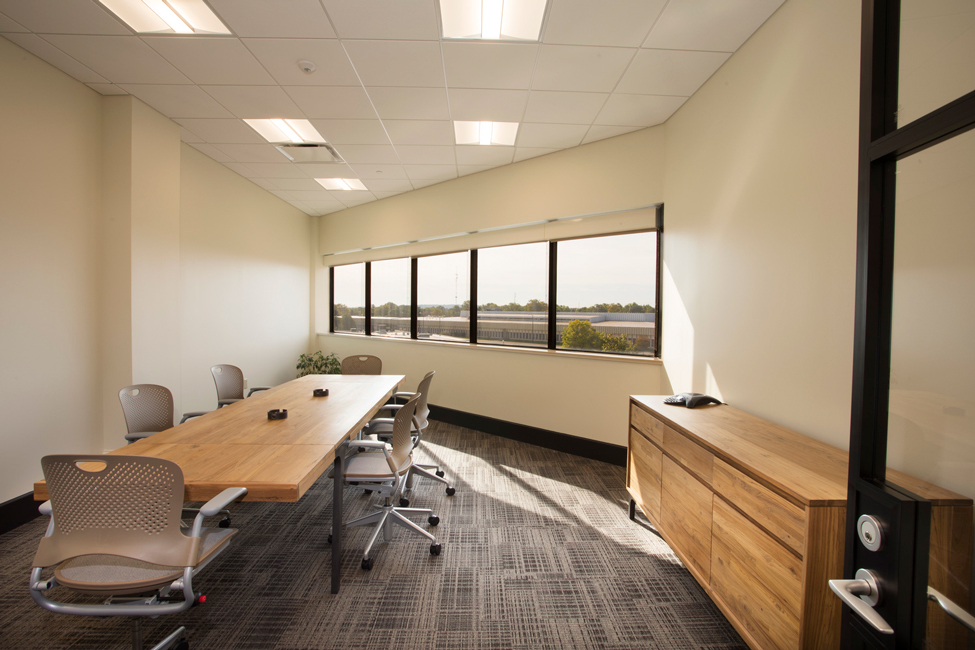 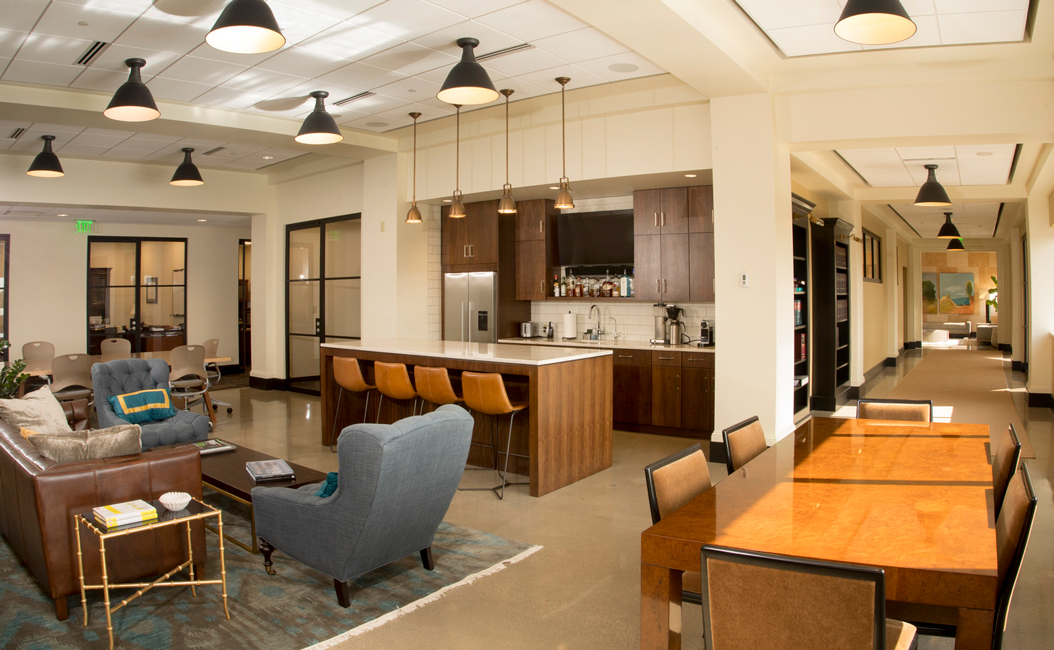 Located in an antiquated office space in downtown South Bend, LCK knew they needed to transition to a space that would not only reflect their sophisticated yet relaxed culture but would accommodate their current and future growth. Relocating to 100 E Wayne checked both boxes and allowed the firm to have an equity stake in the property, rather than simply leasing another office space.

With over 9,000 square-feet of blank canvas, the design team worked closely with LCK leadership to establish a vernacular that would mirror the culture and mission. Parallel to that, their current and future needs were discussed at length. Futureproofing to some extent.

Every detail from the handmade woven wallcovering in the lobby to the finest leather boardroom seating and custom glass partitions with matte black frames were reviewed and challenged at every stage of the process. Does every decision we make contribute to the goal? While space planning was a challenge in of itself, strategies to design space that incorporated mostly enclosed space while allowing a sense of openness and transparency were paramount.

Equally important was a sense of team and the flexibility. A major focal point in the overall layout is an open flex space where staff can work from barstools or in the comfort of a plush couch with coffee table, giving the sense of being at home. Other times that same space transformed into office gatherings where anything from a weeklong March Madness event to one’s birthday are celebrated by all.

Having established a clear standard of excellence, clients visiting the LCK offices are met with an overwhelming sense of leadership and clarify within the walls they will make some of the most important decisions in their lives. The finer details are clearly recognized and aligned with the professionalism and attention paid to every client.

Competing with a multitude of highly respected firms in the Midwest, in particular the Chicago market, LCK knew much of their success was their ability to draw the best and brightest talent from around the country. Their office environment has contributed to their success in doing just that and to being a benchmark for their peers in the region.