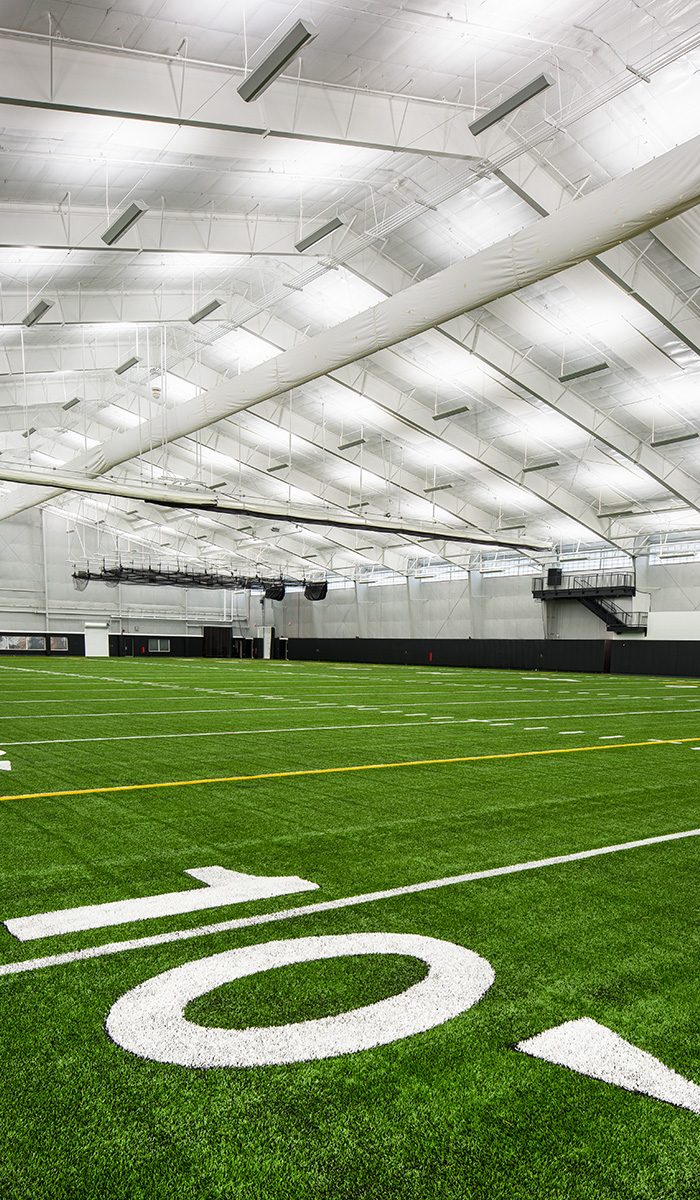 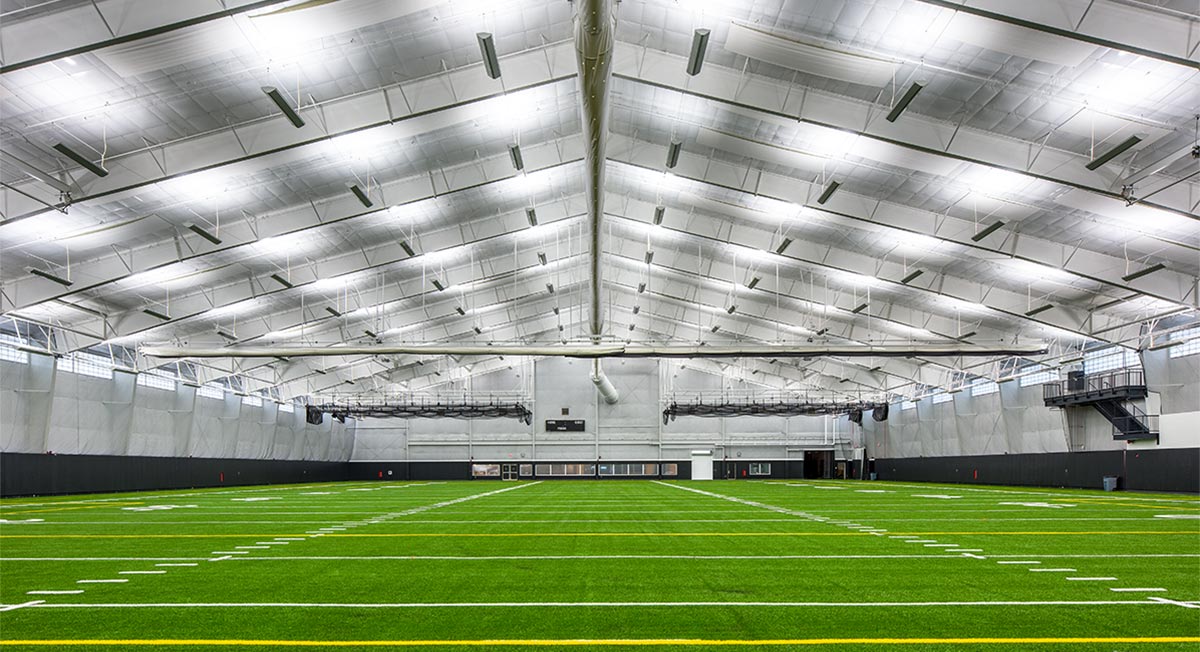 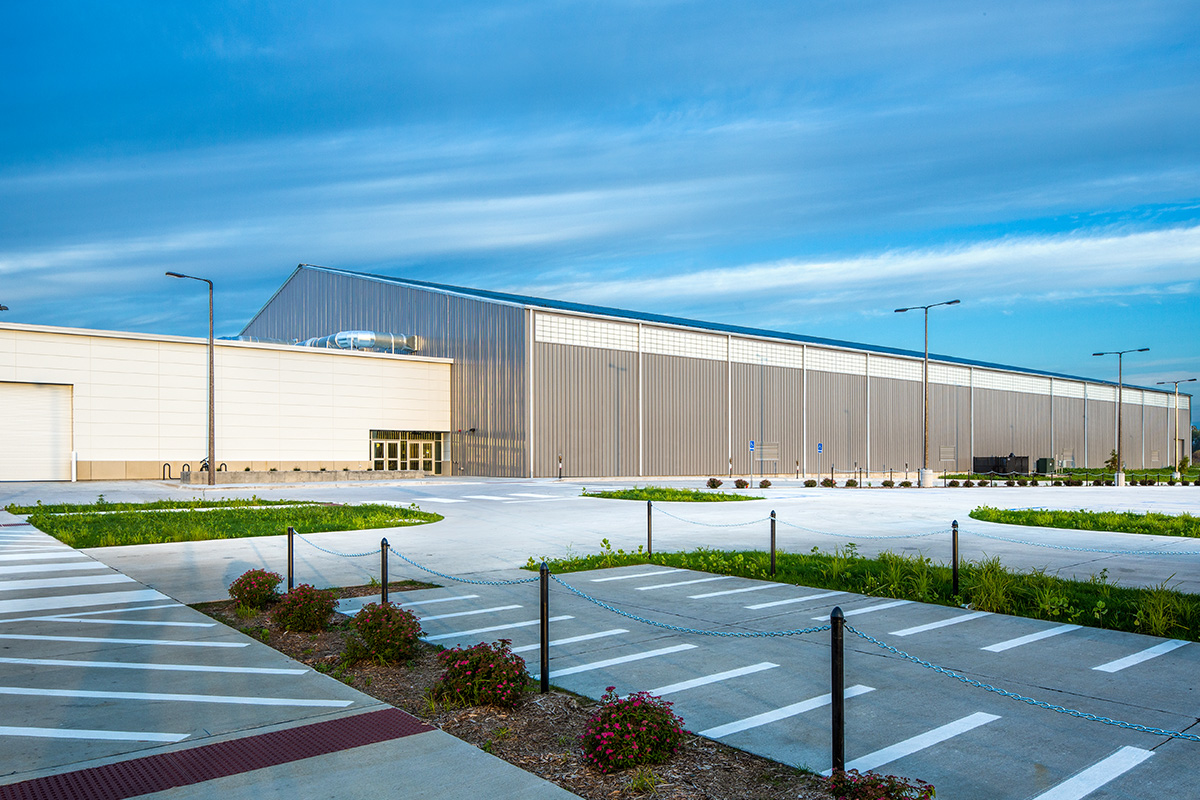 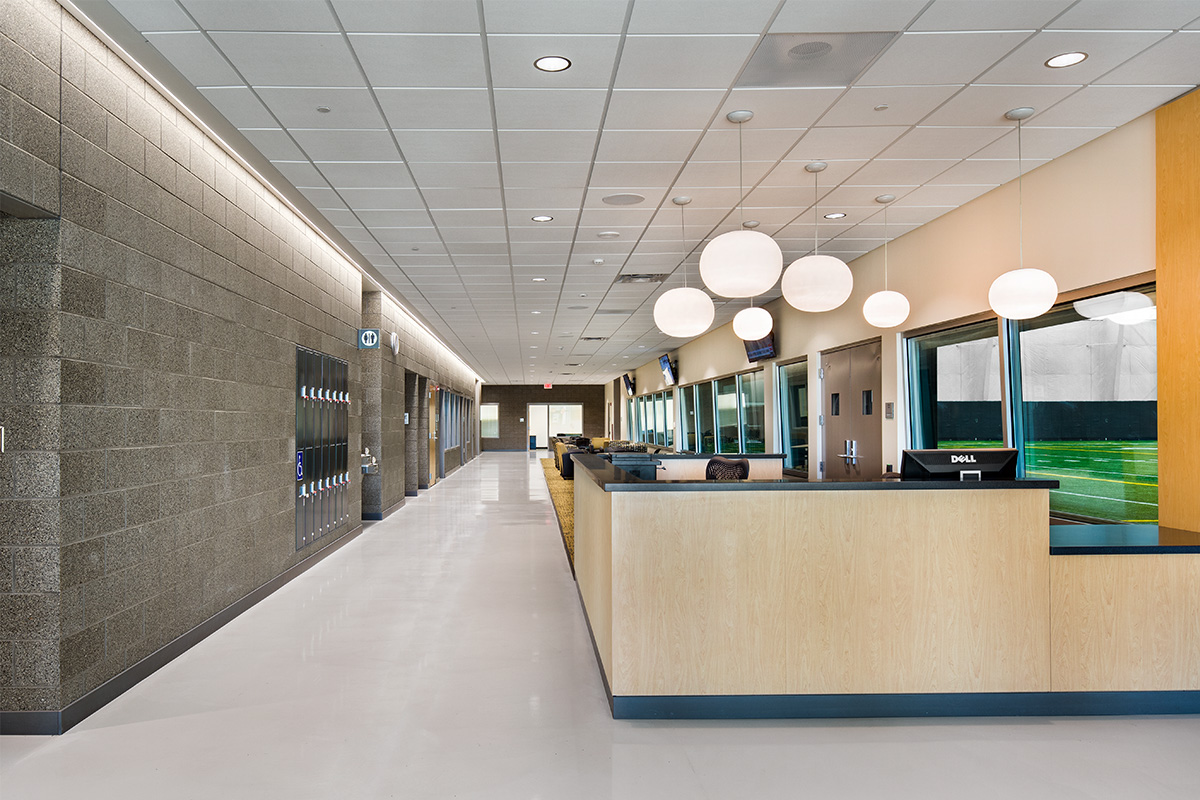 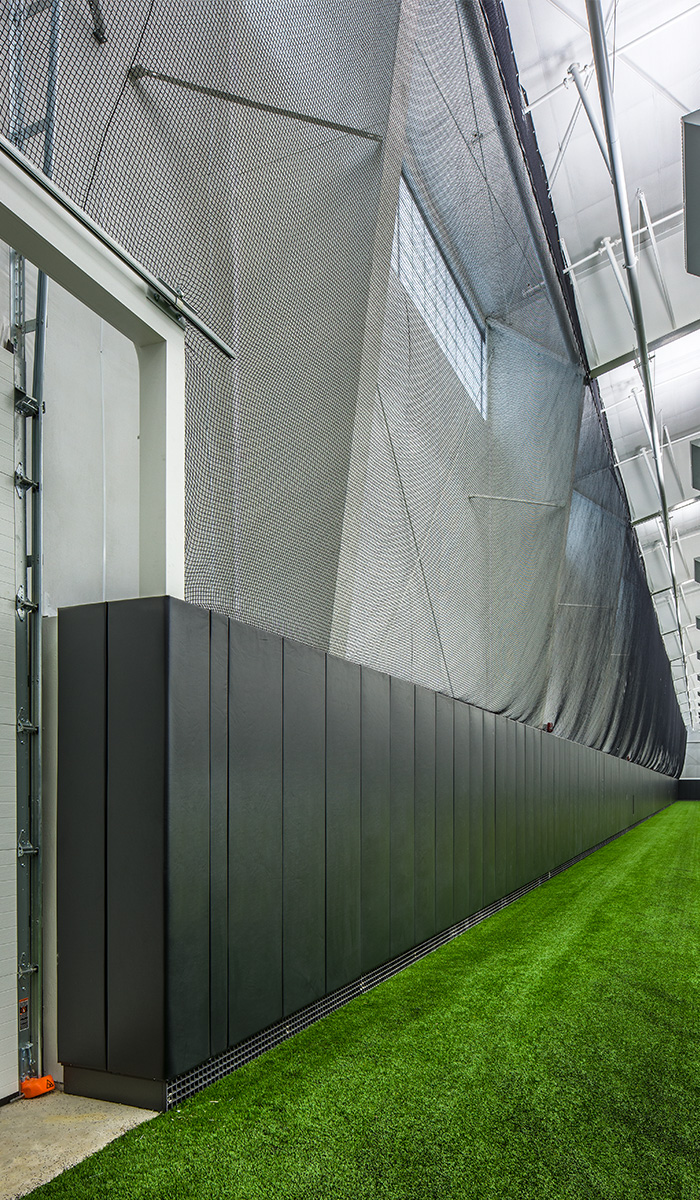 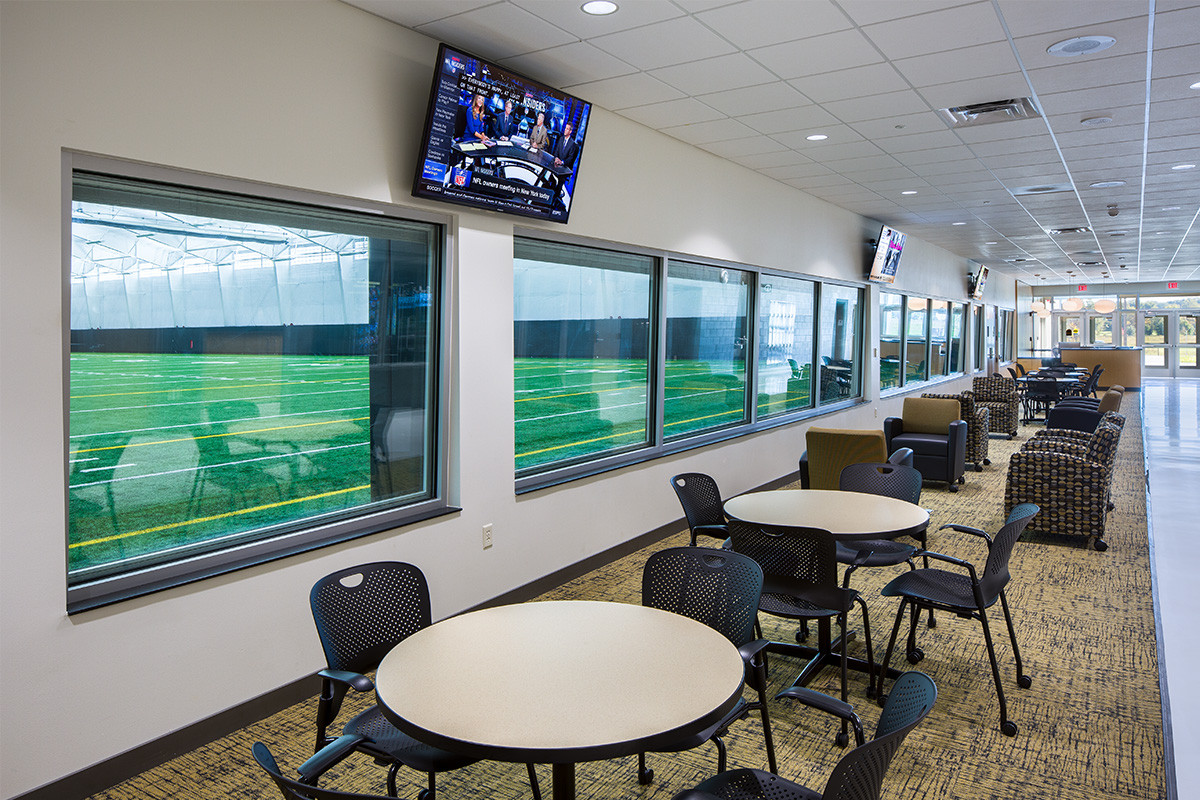 In addition to a lack of space, wear was beginning to show throughout the complex. The outdoor tennis courts, for example, had small holes in the surface, requiring regular repair. It was time for the University of Iowa to invest in an addition to the Hawkeye Tennis and Recreation Complex.

Based on a longstanding partnership, the University of Iowa chose to work with Shive-Hattery to complete this unique project – the first University of Iowa project completed through a design-build project delivery method vs. design-bid-build. The project also called for an aggressive project delivery schedule: Design and contract documents were completed in three months, and the entire project was completed within one year.
Shive-Hattery provided architectural, mechanical, electrical, plumbing, and structural services for the Hawkeye Tennis and Recreation Complex. Civil design services were also included: demolition of existing utilities and surface features, site grading, utility relocations and services, site lighting, storm sewer quality-control facilities, pedestrian and bicycle pathways, roadways, and parking lots.

Paying special attention to the existing complex’s design, Shive-Hattery and Russell Construction worked together to create a $12 million, 87,000-square-foot addition that integrates seamlessly with the existing structure. The project also includes an outdoor field for marching band use.

The expansion includes large storage rooms for athletic and marching band equipment, conference rooms, offices, and a large indoor turf room that can be divided with an overhead curtain assembly. The turf room is used for intramural sports and competitive sports practice; the room’s acoustics, engineered by Kirkegaard Associates, make the space suitable for marching band practice as well.

These updates to the Hawkeye Tennis and Recreation Complex have given the University of Iowa one of the best tennis facilities in the Big Ten Conference. The green-building elements incorporated into the design reduced energy costs, and also led to financial incentives from the local utility.

The additional space has also given the University of Iowa room to host major sporting events, such as the Big Ten Men’s Tennis Championships. 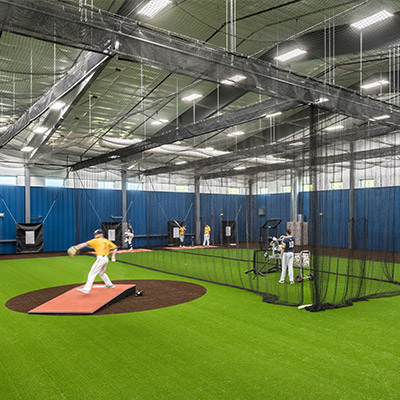