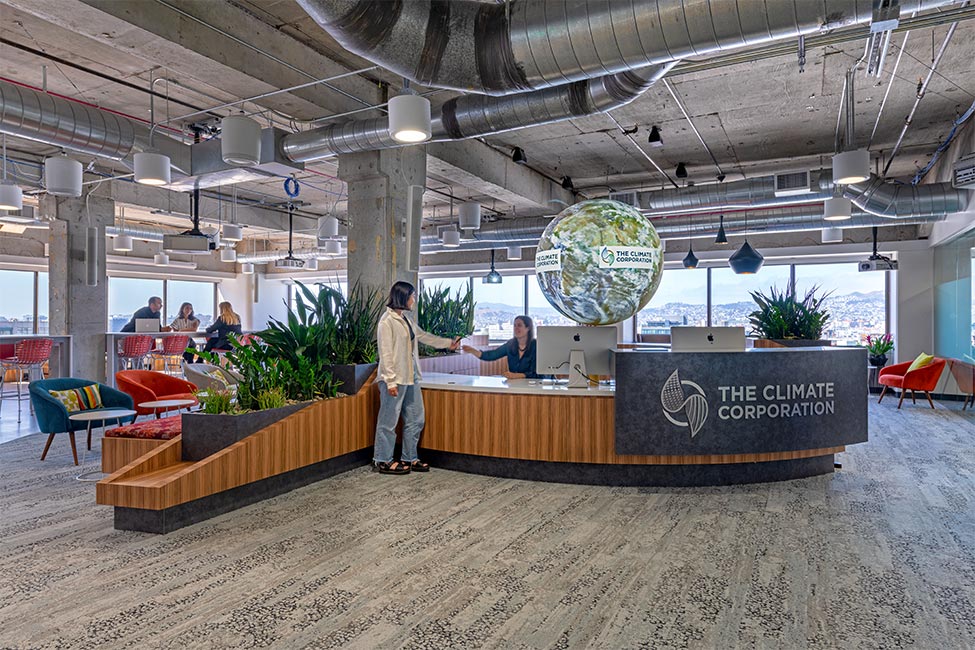 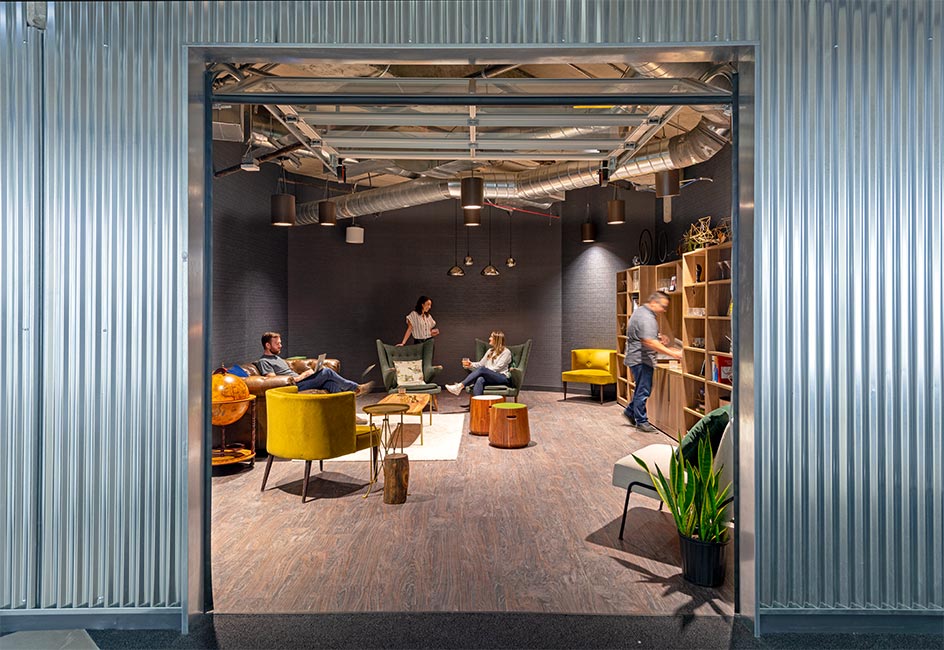 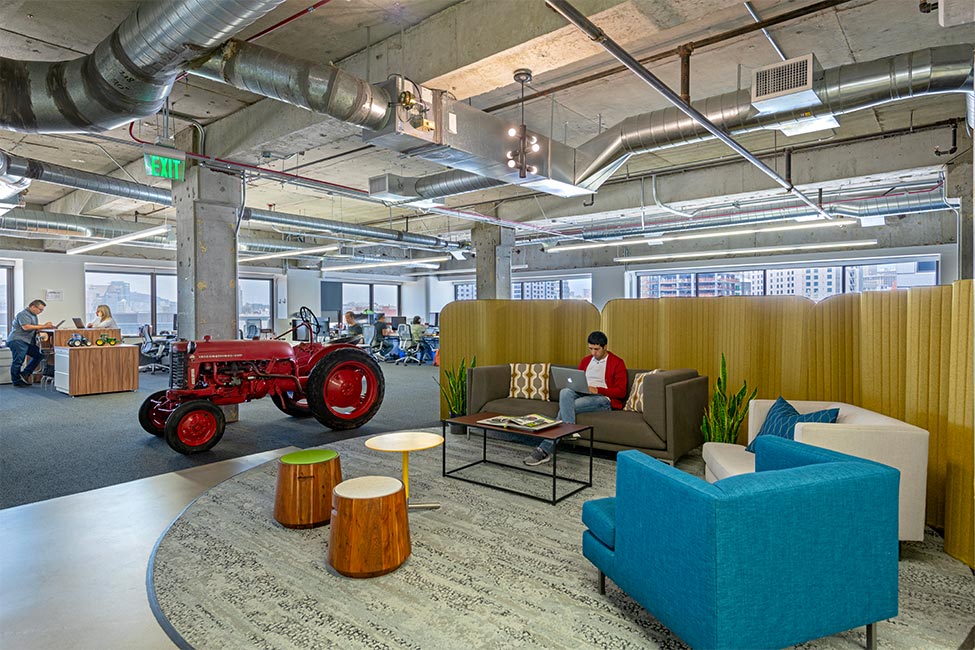 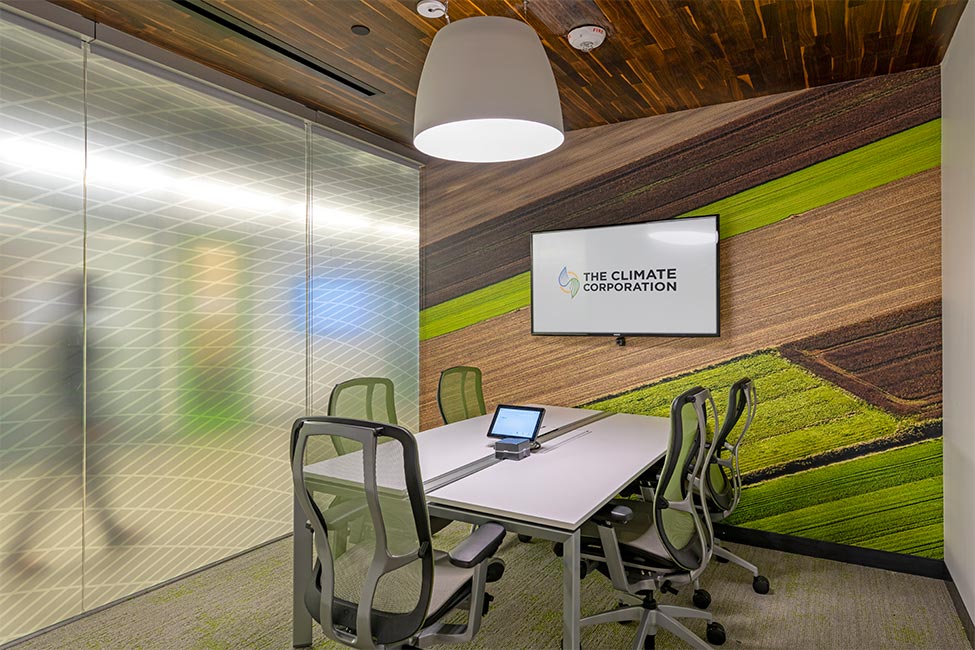 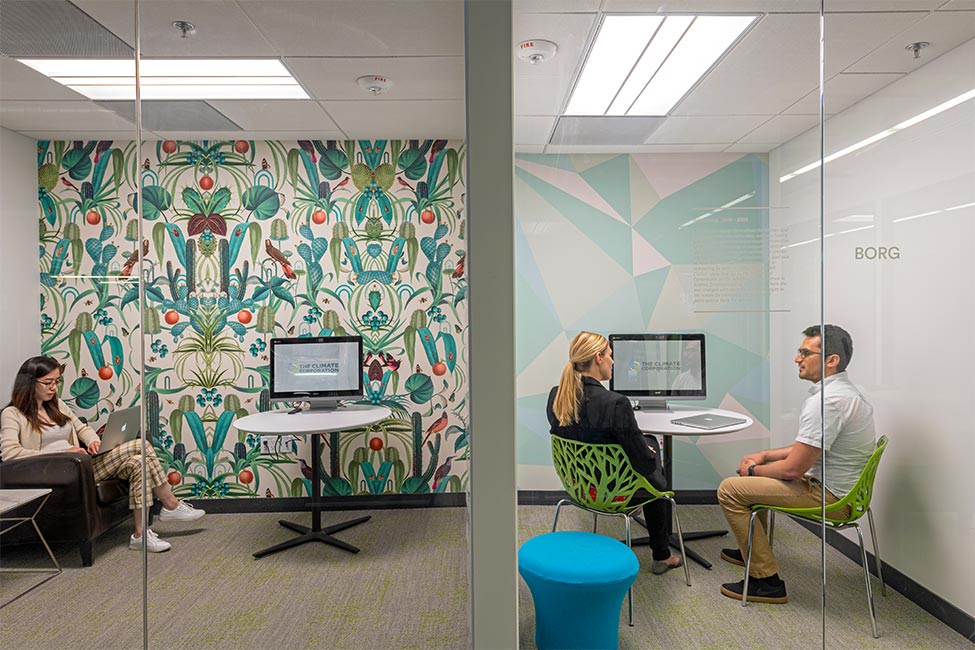 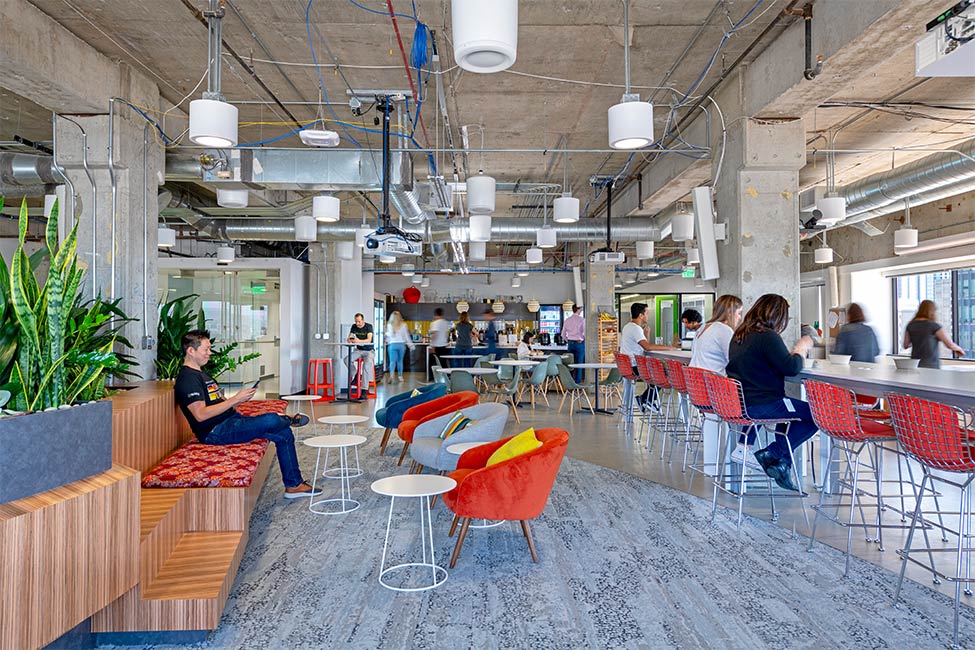 Sound control was another issue that needed to be addressed. Noise carried throughout the office, making heads-down work and private conversations difficult.

Closed huddle rooms and touchdown areas are now defined by walls to contain sound. Throughout the space, finishes help dampen noise levels, including sound batting for walls, the addition of carpet, and acoustical paneling and ceiling baffles.

Doors designed to match the barn-style doors used in Climate Corporation’s Chicago office were added to separate employee workspaces from breakrooms and reception areas, as well to create definition and cut down on noise.

Shive-Hattery also disassembled and reassembled a tractor inside the San Francisco office to match a well-known design feature in the Chicago office. Specific prefabricated wallcoverings were selected to match conference rooms and the well-known scientist or researcher each one is named after. A new reception area with corporate branding creates a defined entry.

Because the office remained occupied during the project, Shive-Hattery worked in six phases to allow employees to move to different locations within the space as construction progressed. 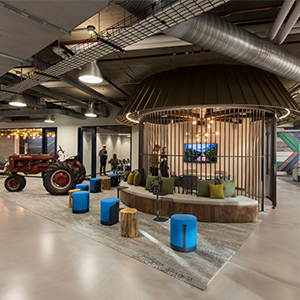